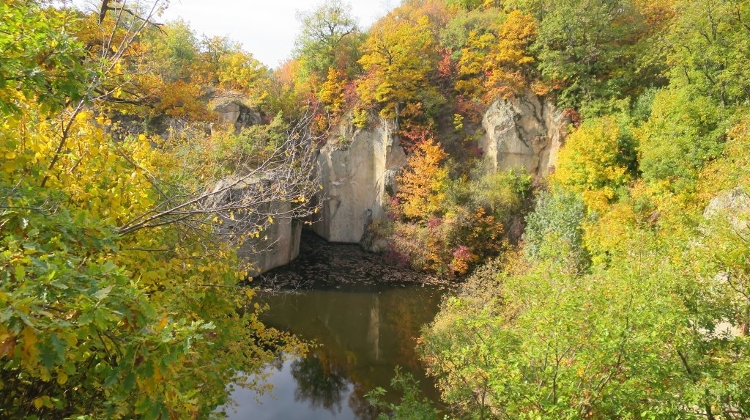 Among the hiking spots in the Zemplén Mountains, the lake on the 324 metre high, volcanic Megyer‑hegy is one of the most popular. The tarn was previously a millstone mine; its remains are visible to this day.

As long as you’re in the Tokaj‑Hegyalja region, visit the Megyer-hegy Tarn, near the town of Sárospatak, also known as ‘Athens on the shores of the Bodrog’. Shaped by natural forces and human hands alike over the years, it became a nature reserve in 1997.

A millstone mine operated on the volcanic hill from the 15th century until 1907.