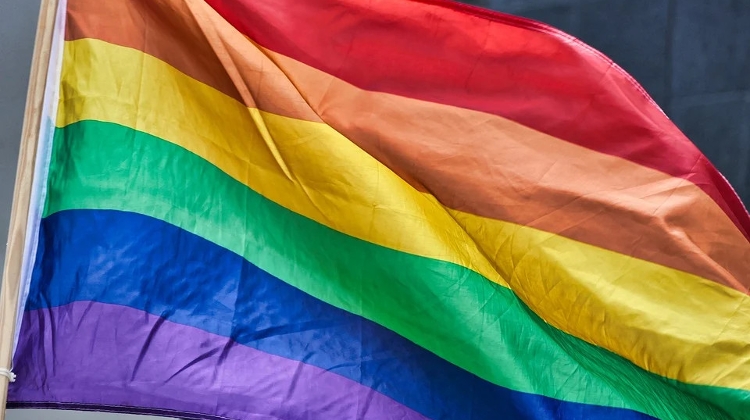 Pro-government commentators accuse the EU of endorsing gender and LGBT ideologies which are alien to everyday Europeans. A liberal media outlet thinks that Fidesz is using the anti-LGBT legislation to divert public attention from other issues the governing party is less comfortable with.

On Thursday, the European Parliament condemned the Hungarian law banning the ‘promotion and wanton representation of paedophilia, sexuality and homosexuality’ among minors. The resolution claims that the law violates EU values and regulations, and calls on the European Commission to take action, including the suspension of EU payments to Hungary as one option.

The pro-government pundit accuses Europe’s ‘reformists, progressives, neo-Marxists, liberal Nazis’ and their ‘NGO networks’ of supporting sexual and other norms that are alien to most Europeans.

Bayer cites a survey by the IFOP French pollster company according to which 80 per cent of French people consulted want more national sovereignty and 52 per cent want to defend traditional identity.

Bayer takes these numbers as proof that everyday people even in the Western birthplaces of progressive ideologies want to defend ‘normality’ including the nation-state and traditional gender roles.

Bayer concludes by calling on opponents of progressive politics who represent a majority of Europeans to defend their customs and culture and suggests that those who want to destroy such values ‘should leave voluntarily as long as they still can’.

On Mozgástér blog, Zoltán Kiszelly finds it sad that LGBTQ values have been adopted even by centre-right European parties including the European People’s Party.

The pro-government analyst takes it for granted that the top European Court will rule against the Hungarian law banning the portrayal of homosexuality among minors. The final verdict, however, will be delivered not by the European Court or Union politicians, but European people, a majority of whom reject progressive gender values, Kiszelly concludes.

In a video report, Telex contends that by launching the anti-LGBT campaign, the government wants to divert public attention from other topics including its plans to build a campus for the Chinese Fudan University in Budapest.

The liberal online media outlet thinks that the government is better off with the opposition demonstrating in defence of LGBT rights than seeing them protest against the unpopular Fudan University project, based on a 500 billion Forint loan from China.

While this may prove beneficial for Fidesz in the short run, Telex argues, it may backfire later.

Although Fidesz politicians claim that homosexuality is of no concern for Fidesz, Telex believes that it would harm Fidesz’ popularity if one of their politicians was identified as gay.