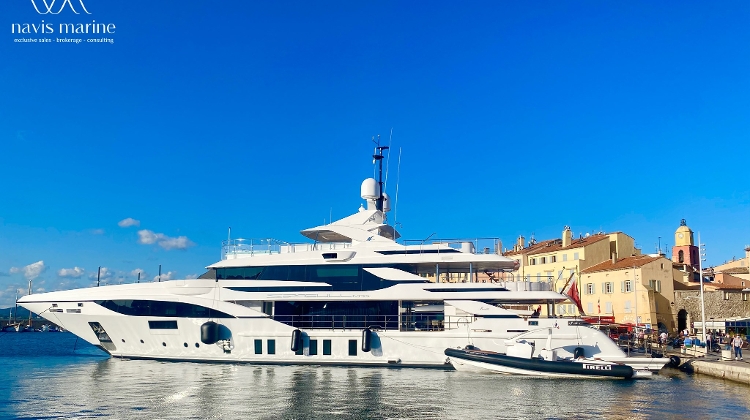 A new luxury yacht has been transferred to L&L Charter, the Maltese offshore company which also owns the ship Lady Mrd, Átlátszó reports.

Several members of Hungarian economic and political elite have been seen on the Lady Mrd in recent years, usually on the Croatian coast.

The ultimate owner of L&L Charter is László Szijj, who usually does well in Hungarian public procurement tenders, HVG notes.

“Mrd” is the Hungarian abbreviation for “billion”.

Átlátszó writes that the new yacht, Seagull Mrd, is 50 metres long, while the Lady Mrd is 42 metres long.

Both were produced by the Italian Benetti factory.

The new ship plies the waters under a Maltese flag, according to available data. At present it is docked in Riposto on the Sicilian coast.

As Seagull Mrd is a custom-made yacht, little is known about the exact parameters of the ship.

Its price is not really known but Átlátszó, based on boats of a similar size and class, estimates it at €30 million.