'Now Not the Time for Budget Cuts', Says Finance Minister 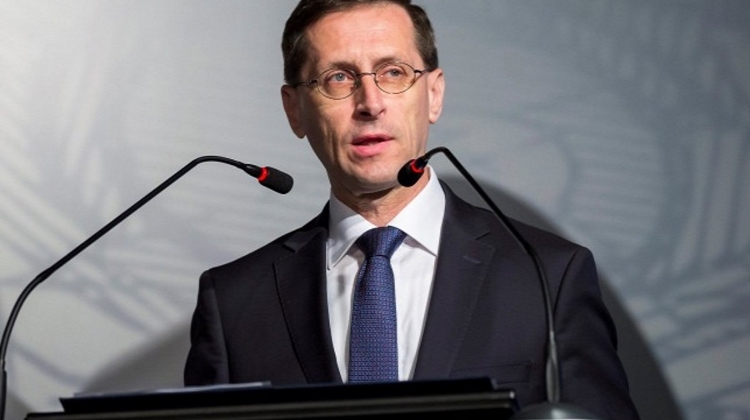 Economic policy should be focused on supporting investments, creating jobs and recovering capacities lost to the crisis caused by the coronavirus pandemic, Hungary’s finance minister said after a meeting with his Visegrad Group counterparts in Warsaw.

Now is not the time for contractionary measures, but for rebooting the economy, Mihály Varga told an online press conference.

Cutting support to economic players too soon would slow the pace of recovery, posing a risk to families, businesses and the economy as a whole, he added.

Even with economy protection measures accounting for almost 30% of GDP, Hungary’s budget deficit was around the European Union average, while the public debt level was significantly lower, Varga said.

The minister expressed concern over international proposals for the introduction of a global minimum tax, saying it posed a risk of global tax increases, while the original plan to tax tech giants could fall by the wayside.

Hungary’s stance on the proposal is clear, Varga said, noting that the country rejects any plan that would force it to raise taxes and hurt its competitiveness.

Hungary’s 9% corporate tax rate brings in investments, he said, adding that a tax increase would hurt thousands of businesses and put jobs at risk. In response to a question, Varga said Hungary was prepared to take part in the talks on the global minimum tax plan and believed that its partners could be persuaded not to eliminate tax competition.

Hungary will make its position known at OECD and EU forums, Varga said, adding that he had also discussed the proposal with his V4 counterparts on Tuesday as well as with the representative of Italy, which holds the presidency of the G20, at last week’s Ecofin meeting in Luxembourg.

As the incoming president of the Visegrad Group, Hungary is committed to continuing the work started by Poland and to strengthening the alliance, Varga said.

The minister said the Czech, Hungarian, Polish and Slovak economies had all contracted at a lower rate than the European Union average in 2020, adding that their output would be back at pre-pandemic levels this year.