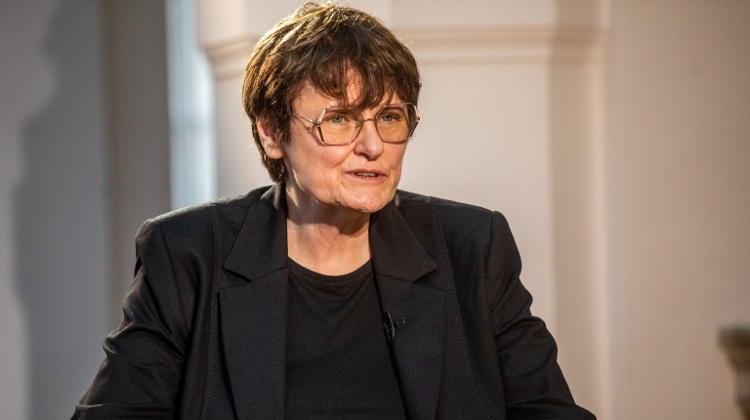 Hungarian-born Katalin Karikó has been recognised as part of Emerging Europe’s latest awards programme for her work that laid the foundation for the vaccines made by Pfizer-BioNTech and Moderna.

The 66-year-old scientist, whose decades-long research on the mRNA technology has formed the basis of the two most succesful Covid-19 vaccine, has been named as the new recipient of Emergining Europe’s Princess Marina Sturdza Award, given to eminent individuals the region who have contributed to its prosperity, science, culture and peace.

“The award is recognition for the decades she has spent researching the therapeutic possibilities of mRNA, attempting to harness the power of mRNA to fight disease, which we are aware was often too far-fetched for government grants, corporate funding, and even support from your own colleagues,” says Andrew Wrobel, a founder of Emerging Europe.

“As her work has formed the basis of the Covid-19 vaccine, which has saved millions of lives, the award is timely reminder of the importance of research and innovation,” adds Wrobel.

Hungarian-born Katalin Karikó left communist Hungary in 1985 to follow an academic career in the United States with her husband, her 2-year-old daughter and $1,200 hidden inside a teddy bear.

Having joined BioNTech eight years ago and now serving its senior vice-president, Katalin Karikó spent the last 40 years of her life researching into synthetic messenger RNA, or mRNA, a single-stranded messenger molecule that delivers genetic instructions from DNA to the cell’s protein-making factories.

She started synthesising RNA in Hungary, at the University of Szeged, before receiving an invitation to pursue her research at Philadelphia’s Temple University.

But in the United States, her research was long seen as a dead-end by the rest of the scientific community. As a result, Karikó was often overlooked, repeatedly refused government and corporate grants, and at times, even threatened with deportation, reports the New York Post.

But things changed in 1998, when she met Drew Weissman, a young American scientist who was working on an HIV vaccine at Anthony Fauci’s National Institutes of Health.

The two outcast started working together, and in 2005, their research paid off when they discovered how to prevent the inflammatory response in the body to synthetic mRNA, thereby enabling its therapeutical use.

Now, the scientific community believe they couldn’t have won the global vaccine race without her.

Both BioNTech and Moderna have licensed the modified mRNA technology developed by Karikó and Weissman for their COVID vaccines, which have shown efficacy of about 95% in late-stage clinical trials. Unlike other vaccines, which involve injecting dead viral remnants into the body, a vaccine using mRNA sends a set of instructions into cells that teaches them how to fight off a disease.

The adaptability of mRNA has opened a new field of promising therapy in areas ranging from cancer and strokes to malaria and cystic fibrosis, and mRNA vaccine candidates have been developped against flu, herpes and HIV.

“Katalin Karikó deserves the Nobel Prize” even claims Derrick Rossi, Harvard professor and co-founder of the Moderna laboratory, BioNTech’s main competitor in the race for a COVID vaccine.