Hungarian Opinion: Hungary’s Future (or Not) in the EU 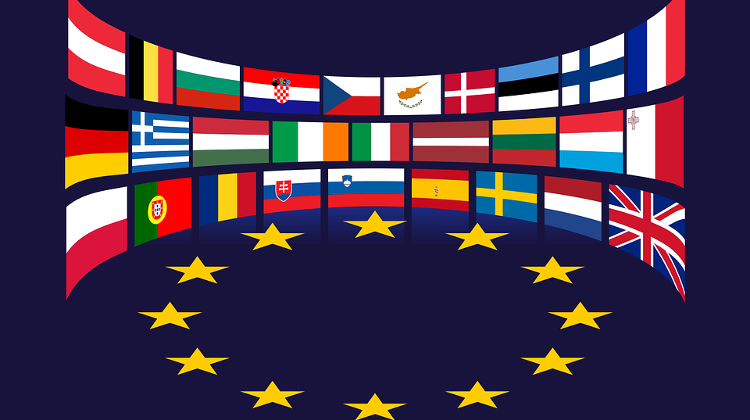 A pro-government analyst thinks that it would be timely to assess the potential benefits of ‘Huxit’. Conservative and liberal commentators disagree and see EU membership as Hungary’s number one strategic interest.

In Magyar Nemzet, Tamás Fricz, an adviser of the pro-government  Center for Fundamental Rights think tank writes that it is time to seriously discuss Hungary’s exit from the European Union. Fricz claims that the EU’s criticism of the Hungarian child abuse law and the threat to withhold funding makes it necessary to ponder whether Huxit would be more beneficial for the country than EU membership.

The pro-government analyst thinks that the EU has lost its political appeal as a highly centralized state run by globalist financial elites that do not respect national sovereignty.

As for the economic and financial implications of Huxit, Fricz believes that Hungary would not lose much by leaving the EU, as membership implies the domination of foreign firms that syphon profit out of the country.

Otherwise, he doubts that foreign factories would leave the country even if Hungary stepped out. He is also confident that since Hungary will in any case remain a NATO member, Huxit would have no adverse security or geopolitical implications.

Concerning cultural issues, Fricz contends that the EU has abandoned Christian values, and thus has chosen a different future to Hungary. In conclusion, Fricz stops just short of asserting explicitly that Huxit would be the right choice for Hungary, but recalls that by leaving the European Peoples Party before it was kicked out, Fidesz could save face – a strategy that he believes might be relevant considering Huxit as well.

Mandiner’s Mátyás Kohán disagrees and fears that Huxit would be a devastating blow for Hungary.

The conservative commentator notes that another Fidesz luminary, House László Kövér has also voiced adverse feelings towards the EU. Kohán agrees that the EU is highly inefficient and infringes on national sovereignty.

He nonetheless thinks that the common market and free movement are valuable assets, and most Hungarians still see the EU as the guarantor of well-being.

Therefore, it is extremely careless for armchair intellectuals preoccupied with the culture war to toy with the idea of Huxit, Kohán writes.

Rather than leaving the EU and becoming a certified dictatorship akin to Belarus, Hungarian politicians should fight within the EU for Hungary – and European values.

On Telex, Flóra Dóra Csatári and Csongor Körömi are also firmly convinced that Hungary’s interest is to remain a member of the EU.

The liberal authors remark that although Fidesz politicians, including PM Orbán, have from time to time hinted in the past two decades that Hungary would prosper even outside the EU, they have never formally questioned the benefits of EU membership.

The liberal analysts suspect that since 2010, Fidesz has become incrementally more EU-sceptic. They attribute this to Jobbik’s shift to the centre and its abandonment of anti-EU rhetoric, Fidesz’s alienation from the EPP, and the government’s cooperation with China and Russia.

Nonetheless, the vast majority of Hungarians, including Fidesz voters, want to remain in the EU, Csatári and Körömi note.

They add that Russia and China value Hungarian partnership because Hungary is an EU member. Huxit would be beneficial only for the Hungarian government’s critics in the EU, first and foremost for President Macron who wants to create a strong and even more centralized EU, Csatári and Körömi suggest.