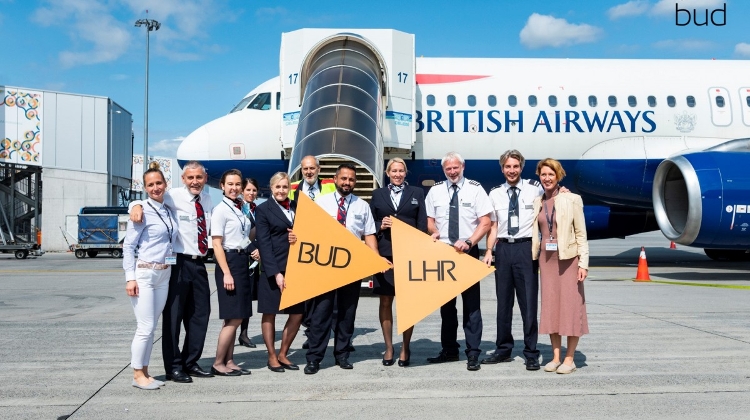 As Budapest Airport continues to rebuild its solid route network, the Hungarian gateway has welcomed the restart of services to London Heathrow. Relaunching links between the two capital cities, British Airways returns to Budapest’s UK market.

Initially offering a three times weekly service, the UK flag-carrier has already confirmed an increase to four times weekly by mid-September, a significant boost for the upcoming winter season.

Balázs Bogáts, Head of Airline Development, Budapest Airport said: “The UK has been Budapest’s largest country market for many years. More notably, London has been our largest city pair by a significant volume, so it’s tremendous to welcome back British Airways to our airport and yet another indication of our recovery.”

Serving more than half-a-million passengers last month – a robust growth of 77% compared to last July – Budapest is witnessing a positive trend with the revival of numerous longestablished and successful routes.