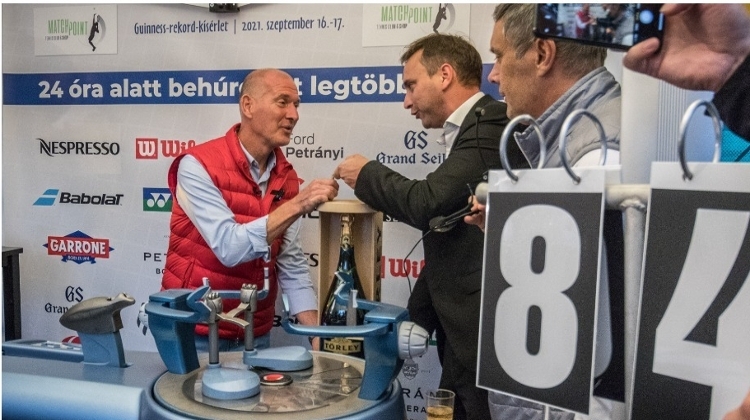 Hungarian tennis club owner Zsolt Velcz has broken the Guinness World Record for the most tennis rackets strung in 24 hours.

He strung 84 tennis rackets in 24 hours, beating the previous record of 71 set in 2018 by Dutch pro tour stringer Tim Rothengatter.

Velcz, who has been stringing tennis rackets for almost 40 years, already broke Rothengatter’s record in the 20th hour of his attempt.