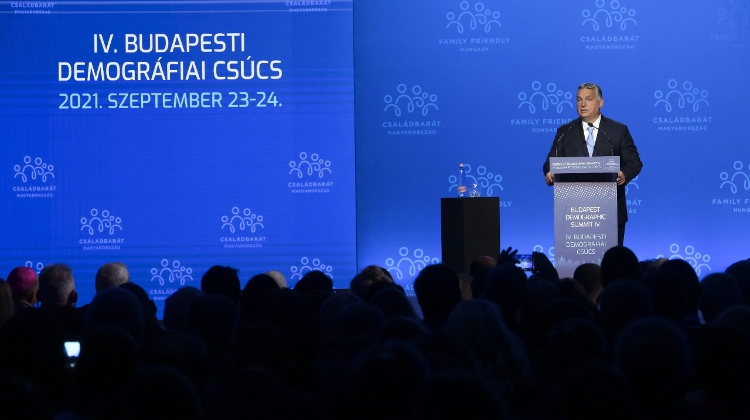 Opinions diverge on the government’s policy on families as the Prime Minister and prominent international guests expressed concern about the future of the traditional family at the 4th international forum on demographic issues in Budapest.

First held in 2015, the Budapest Demographic Summit takes place every two years to express conservative views on migration and declining birth-rates in the West.

This year’s prominent attendees included former US Vice-President Mike Pence, as well as the heads of state of the Czech Republic, Slovenia and Serbia, and French conservative pundit Eric Zemmour, who is reported to be pondering a run for the French presidency next year.

In Magyar Nemzet, Dávid Megyeri describes the forum as the antipode of ’liberal pessimism’, currently thriving ’under the guise of gender philosophy, LGBTQ-pressure, pro-immigration attitudes, BLM and human -rightism’. In reality, he maintains, that movement aims to forcibly break the framework of traditional human existence based on families and national communities.

Megyeri interprets the Summit as a contribution to ‘forging an authentic community for human development and eliminating irrational and exclusionary absurdities’.

In Népszava, on the other hand, Erika Gulyás sees the Summit as a forum held by the Hungarian government to celebrate its own measures to increase the birth-rate. She concedes that several new measures have been put into effect over the past decade to support families with children, but suggests that they have achieved precious little.

The annual number of births oscillates invariably around 90 thousand, she remarks, although last year it amounted to over 92 thousand.