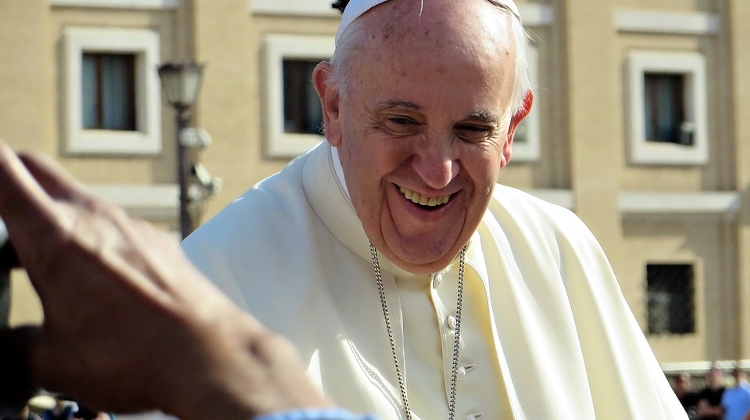 An independent analyst acknowledges the divergences between the Pontiff and the Hungarian government on migration, but suggests that this is not the reason why the Pope will only stay in Hungary for a few hours.

Pope Francis will arrive in Budapest next Sunday to celebrate the closing mass of the International Eucharistic Congress. Before the mass, he will briefly meet President Áder and PM Orbán, then immediately thereafter will leave for a three-day visit to Slovakia.

On the Válasz website, András Stumpf dismisses the widespread allegation that the Pope plans such a short visit to Hungary in order to express his disapproval of the policies of the Hungarian government on migration.

He admits that the Pope has been highly critical of border fences and other hurdles to the reception of asylum seekers, but quotes insider sources who maintain that the Vatican is not particularly interested in Hungarian politics.

An earlier version of the theory on the Pope’s intention to teach the Hungarian government a lesson mistakenly claimed that Francis was even unwilling to meet Hungary’s leaders, but that turned out to be pure speculation, Stumpf remarks. In reality, popes only rarely attend Eucharistic Congresses in person, so the analyst considers the Pontiff’s presence in Budapest a diplomatic success for the Hungarian Catholic Church and the country as a whole.

As for the 3-day-long visit he will pay to Slovakia, Stumpf believes it is the fruit of the presence of Slovak ecclesiastical dignitaries in the Pope’s staff, whereas no Hungarian bishops have been in key positions in the Vatican for years.