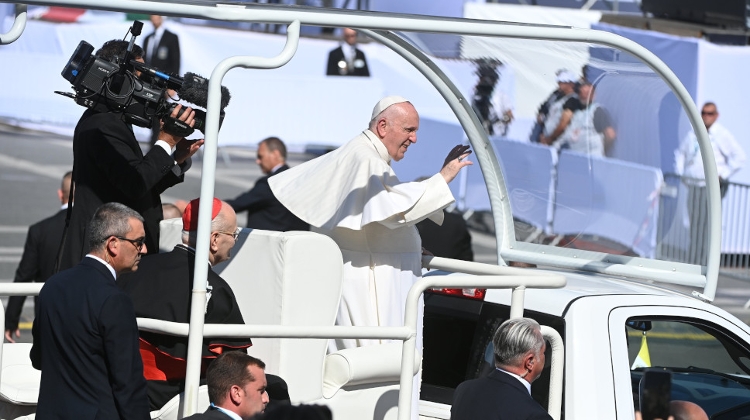 The weeklies went to print well before the end of the 52nd International Eucharistic Congress, which wound up in Budapest on Sunday.

Opposition-leaning commentators accuse the government of using religion for political purposes, and contrast it with Pope Francis, whom they describe as an authentic believer. A pro-government analyst believes their criticism is disingenuous.

In Magyar Narancs Tibor Monostori condemned the Hungarian Catholic Church for supporting government policies even when they are in contrast with the principles of the Vatican – as happened during the migration crisis in 2015/16.

In Élet és Irodalom editor Zoltán Kovács wondered why his conservative colleagues complained about the scant interest Hungarians showed towards the festive events of the Congress. The leaders of the church in Hungary care little for the plight of the very poor, he claimed, and are too near instead to government circles.

If they were nearer to the Pope, who wants his Church to be at the service of the poor, Kovács suggested, people would show more interest in Catholic events.

In Heti Világgazdaság, liberal philosopher György Gábor, a staunch critic of the government, also praised Pope Francis, for his opposition to populism.

He welcomed the Pontiff’s condemnation of ‘tribal Catholicism’, asserting that Prime Minister Orbán represents exactly the kind of tribalism, also known as sovereignism, which the Pope loathes.

'It will be a serious sacrifice on the part of the Pope to spend half an hour with the tribal chief’, Gábor wrote a few days before the Pope was due to meet the Hungarian Prime Minister on Sunday, ironically adding that afterwards, Francis would have ‘three days to relax in happy Slovakia’.

In Mandiner, Dániel Kacsoh recalled that the idea of holding Eucharistic congresses dates back to the late 19th-century when the Catholic Church was encountering stiff opposition from the state.

Nowadays, he continued, Christians face entirely different threats, as the most influential ideologies in the Western world place the individual, rather than communities, at the centre of their worldview. The new Gods are human rights, environmentalism, or gender ideology, he asserted, but behind those, the keys to happiness are being sought in material goods.

This is why some opposition-leaning pundits have criticised the Eucharistic Congress for its cost, he suggestrf, or have tried to ‘expropriate’ Pope Francis to blame the government.

Atheists, Kacsoh concluded, have the strange habit of complaining about the plight of the Church and do not recoil from using to that end a few sentences taken out of their original context.