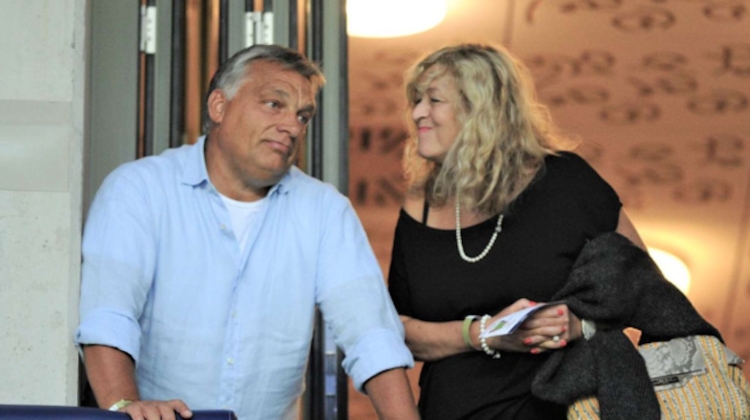 The purpose of this post is to make available a translation of a Hungarian-language Facebook comment by Mária Schmidt, a historian of sorts who influences Viktor Orbán’s views, the director of the House of Terror, and a wealthy businesswoman. Her comment was actually an open letter addressed to British Prime Minister Boris Johnson.

My English translation of her letter was inspired by a short note, which reported that Schmidt had no intention of sending the English version of her letter to the British prime minister. “I wrote down what I thought. Why send it to him in English? They will translate it for him.” So, I thought I would facilitate the matter. Moreover, I believe it might be useful to acquaint the world outside of Hungary with the unspeakable manner in which public figures communicate in Viktor Orbán’s Hungary.

Schmidt’s letter was an answer Boris Johnson’s tweet that “it is completely unacceptable that England players were racially abused in Hungary last night.” He urged FIFA to take “strong action against those responsible to ensure that this kind of disgraceful behavior is eradicated from the game for good.”

The Fidesz political elite came to the defense of the racist football fans. After the initial complaints by the English players about “the hostile atmosphere in Budapest,” Foreign Minister Péter Szijjártó posted a video from the recent Italian-English game at Wembley, where the British fans created quite a ruckus during the Italian anthem. So, if the English misbehaved, the Hungarians can do the same.

After Johnson’s reaction became known, the foreign minister announced that “I can say without exaggeration that Boris Johnson and I have a friendly relationship, having served together as foreign ministers for a relatively long time. I therefore say with all due respect to the prime minister that the double standard on such a serious issue should finally be abandoned.” Since then, Szijjártó somewhat modified his stance on the incident and admitted that racial slurs were shouted out by a sizable group.

Pál Schmitt, the former president of the republic, practically endorsed racism by telling an inquiring journalist that “football fans have the same freedom as you.”

But Schmitt’s comment was nothing in comparison to the litany of charges in Mária Schmidt’s open letter.

I am appalled by your insensitive post condemning Hungarian supporters for their alleged racism, which demonstrates the usual British colonial attitude. The British football players came to our capital as guests, and they infuriated Hungarian supporters with a gesture that we feel is a disingenuous stalking-horse. For centuries, the British have colonized many parts of the world, and to this day they run an elite world based on a caste system. We have never colonized anyone. So, I advise you to kneel in a country where there is a demand for it. With your deceitful and ostentatious gestures of British moralization, you do nothing to undo or redeem what has been done.

And I could also mention that we Hungarians have never received anything good from the British. The responsibility for Trianon, as well as for the whole misguided and criminal Treaty of Versailles, was shifted by the British to France in the last hundred years, but by now nobody thinks that the leading power of the world at that time, the British Empire, was ordered around by the ruined and fallen French.

The British blockade starved nearly one million Germans to death after the 1918 armistice, which would be a matter for the Germans if they had any courage. I’m just pointing out that we know about it. Just as we know that during World War II millions of Indians were starved to death because their grain was taken away from them in order to give it to the superior British.

Of course, you have no problem with Churchill’s racist justification, otherwise you wouldn’t hold him up as your role model. We will never, I repeat, never forgive you for dividing up our region with Stalin on a cheap piece of paper in the autumn of 1944 and carting us over to Asia!

But now back to football. In the European Championship final, the British players were, as they have been for decades, a bunch of scumbags. They beat up several fans, and their black footballers, who made 11 fouls, were subjected to racist attacks. Neither Prince William nor you, who were present at the game, congratulated the winning Italian president, which is really a boorish thing to do. So is booing the Italian anthem.

The defeated English did not wait for the result to be announced and did not pay their respects to the winners. London was puked on, pissed on, shat on by the football fans. They broke through the cordon, squeezed in without tickets, for good measure in pandemic times, without any controls. They behaved as usual. I am still waiting to see what punishment they will receive, because we will of course be disciplined in an exemplary manner.

Boris Johnson, you’re at the head of a small, failing country. Get on with it and sweep your own house. You’ve got a lot to do.

Let me add a couple of footnote-like comments. First, the accusation that Winston Churchill was guilty in the Bengal Famine is a “widespread canard” that needs to be put to rest. The truth is—as documented by Sir Martin Gilbert—that Churchill did everything he could to save the Bengalis and that, without him, the famine would have been worse.

Second. As for Austria-Hungary and the lack of colonies, I think we should set Ms. Schmidt straight. It was not for lack of trying. The Dual Monarchy participated in the suppression of the Boxer Rebellion (1899-1901) and sent a small force of 296 Hungarian enlisted men to China. In 1902, Austria-Hungary gained a concession zone in Tianjin as part of its reward for its contribution to the alliance. During World War I, however, Austria-Hungary was unable to maintain control of its concession, which was occupied by China upon the Chinese declaration of war on the Central Powers in August 1917.

Third, as for Schmidt’s zany ideas on the Paris Peace Conference and Britain’s responsibility for the Treaty of Trianon, they have little to do with reality. Without going into the details, France, as opposed to Great Britain, was a continental power and therefore was in greater danger of future German aggression. France tried to build a strong East-Central Europe, which was supposed to be a counterforce to Germany. As we know, the plan didn’t quite work out.