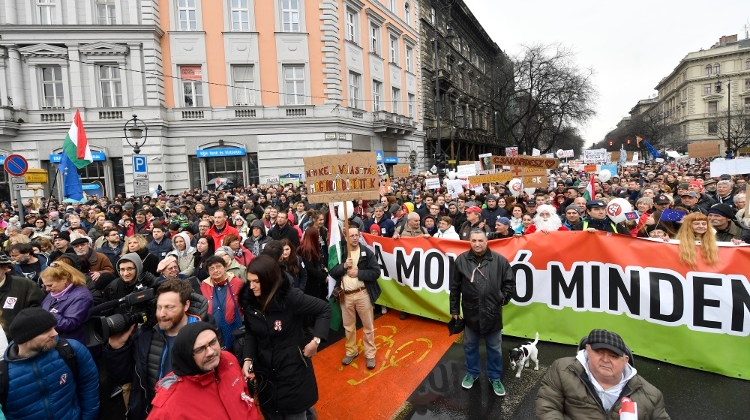 The pro-government Civic Union Forum (CÖF) and associated CÖKA foundation is organising its 9th Peace March on Oct. 23, and the organisers say it will proceed along “the route of Gyurcsány’s terror” - referring to a police crackdown on protesters in 2006 during the previous Socialist-led administration.

The participants of the march will commemorate the victims of Hungary’s 1956 anti-Soviet uprising which started on October 23, as well as “the victims” of the then prime minister Ferenc Gyurcsány’s “police terror”, László Csizmadia, CÖF’s founder, told a press conference on Wednesday.

András Bencsik, the march’s chief organiser, said the event would be held “in the spirit of love and care”.

“Evil must be defeated again” in order to prevent a return to events in 2006 when “the government attacked its own people”, he added.