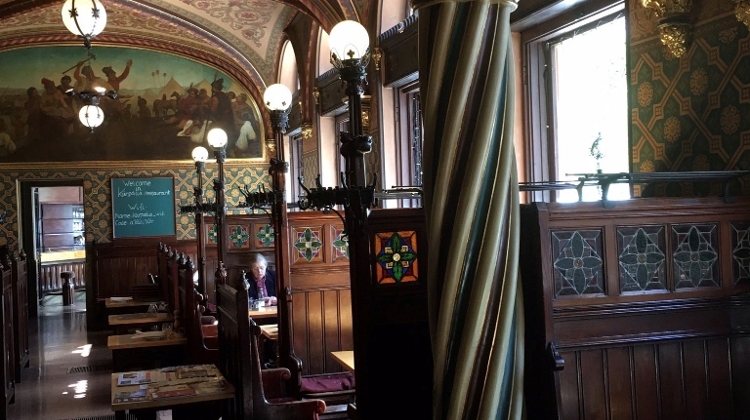 Report by Mark Higgie for Xpatloop.com: Established in 1877, Budapest’s Kárpátia restaurant, originally the Spolarich, was one of the city’s great historic gems and survivors.  It miraculously survived World War II, Soviet occupation and nearly half a century of communism.

Throughout, its splendid neo-gothic decoration survived, both in the baronial main dining room and its charming separate beer hall. Yet, sadly, it was announced last month that the famous institution on Pest’s Ferenciek tere had gone into liquidation.

The lengthy periods of Covid lockdown over the past eighteen months and the sharp reduction in the number of foreign visitors, its main customers, finally brought it to its knees.

Sadly, the roll-call of closures of Budapest’s historic restaurants and cafés over the past two years is a long one.  In a little-noticed Facebook post in July, the equally illustrious Gundel’s, established in 1894, initially under the name Wampetich, also announced its closure and that its new operator, the Eventrend Group, planned ‘to renovate and refresh the operation of the restaurant’ –  worryingly, this is often a euphemism for ruthless, insensitive renovation – with a view to reopening in autumn.  At the time of writing, there’s no sign of it reopening. 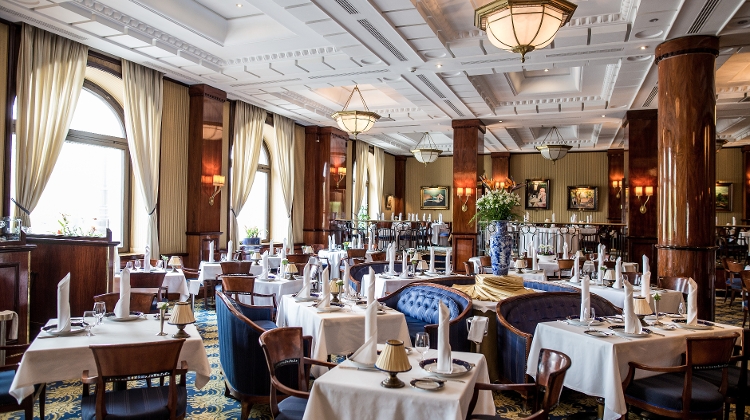 Then there’s the Múzeum restaurant, also established in the nineteenth century, originally under the name Schödl’s. The only surviving Austro-Hungarian era restaurant in Pest’s Palace District, like the Kárpátia - pictured above - and Gundel’s, its interior decoration, including Zsolnay tiles and ceiling paintings by the great Károly Lotz, are very fine and have remained remarkably intact. Again, it appears to have closed permanently under its current ownership because of the impact of Covid restrictions.

Other famous parts of Budapest’s culinary history have suffered the same fate: the richly decorated early 20th century Mátyás Pince near the Pest river bank, enjoyed by visitors for its folkloric performances; the Apostolok on Kigyó utca, also with beautiful pre-World War One decoration; and in addition the Margitkert and Márványmenyasszony restaurants, two much-loved eighteenth century garden restaurants in Buda.

Yet further losses include the Fekete Holló, in Országház utca in Buda’s Castle District – said to have been a favourite of Patrick Leigh Fermor, the English chronicler of pre-war Hungary and Transylvania, when he returned to Budapest in the 1980s;  the charmingly unchanged vendéglő Huszár on János Pál Papa tér in the outer Józsefváros;  the Postakocsi, another old vendéglö on Ráday utca; the Kosher café and pastry shop Fröhlich, famous for its flodni, in Dob utca; and, around the corner on Klauzál tér, the quirky echo of old Budapest, the Kádár étkezde.

The Covid restrictions have also cut a swathe through Budapest’s traditional cafés. The Centrál, Gerloczy, Astoria, and Callas  - pictured below - have all been closed for extended periods, with no clear indication of when or if they will reopen. 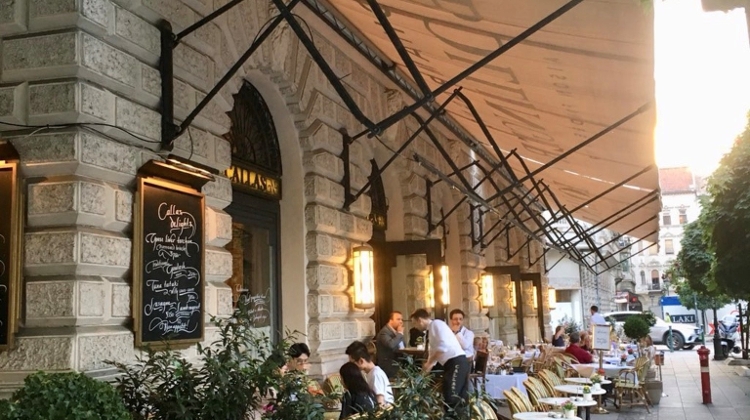 The recreated café in the Matild Palace, whose restoration was completed in the summer, still hasn’t opened.  And sadly the charming Café Parisi, located in a spectacular belle époque ballroom in the Parizsi Nagyáruház on Andrássy út, hasn’t survived. 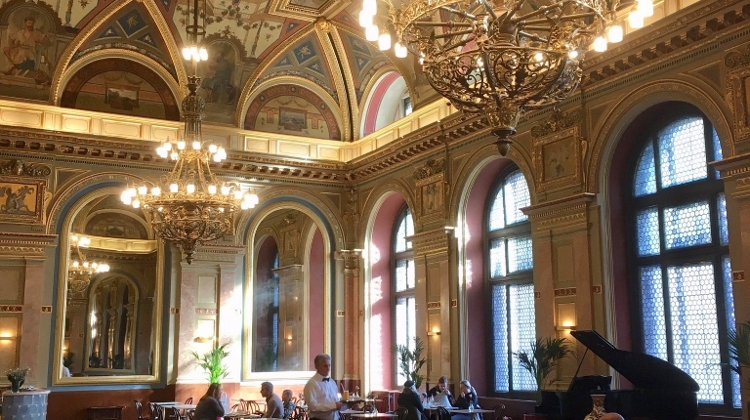 On the positive side, Gerbeaud, Müvész, Ruszwurm, the New York, Hauer and Auguszt are all still in business.  Mitteleuropa café purists complain that they often get key details wrong – such as playing recorded music or an absence of newspapers on wooden racks.

Still, at least some have survived and with luck those with their doors still shut will eventually reopen. Looking to the future, it would be marvellous if more cafés evoking Budapest’s great café tradition opened or re-opened – as has happened in Prague in recent years.

It’s to be hoped that the current restoration of the Drechsler Palace opposite the opera will include a recreation of the famous turn of the 20th century café under its ground floor arcade, so evocatively recorded in photographs from the time.

Covid lockdowns and the drying up of international visitors hasn’t been the only challenge to Budapest’s heritage of traditional restaurants and cafés.

A worrying number of owners of old Budapest survivals appear to have no understanding or appreciation of their charm and oddly seem to think their appeal will be increased if they’re ruthlessly modernised.

So it was that the much-loved Alföldi on Kecskeméti utca was ruined some years ago, as was more recently the once equally atmospheric Csarnok vendéglő on Hold utca. Both now have all the appeal of a dentist’s surgery waiting room.

If you like charming old eating establishments, there are still quite a few: in Buda, there’s the Szeged, Kéhli, Náncsi Néni, the Vigádo near Batthyany tér, the Aranyszarvas and Makkhetes. 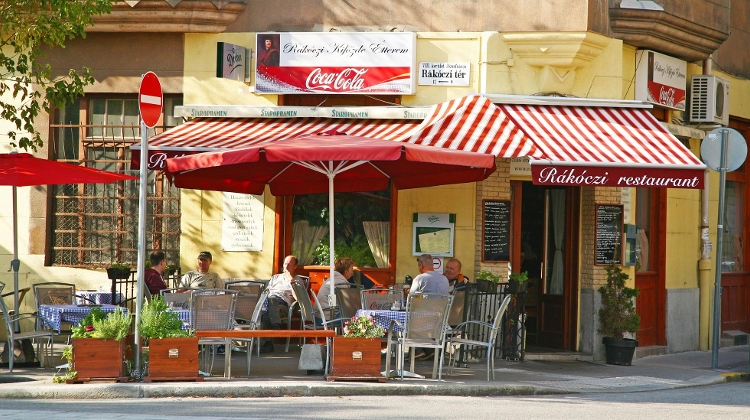 Everyone who loves Budapest will hope that the city’s closed historic  restaurants and cafés will come back to life. But that depends not only on the ending of all Covid restrictions and the full return of tourism, but on the decisions of investors, who these days seem more in two minds than they once were about whether historic charm is the way to make a profit.

Depressingly, many seem to think what the locals and tourists want are the bland, modern establishments concentrated around the Basilica.

With their minimalist servings of international dishes and wildly overpriced wines, they could be anywhere.

Don’t delay savouring the old survivals – which, by contrast, could only be in Hungary.  If you put off getting around to visiting them, they might not be there any more.


When in Budapest, Mark Higgie lives in the Palace District