Gubacsi Bridge Connecting Csepel Island in Budapest to be Replaced 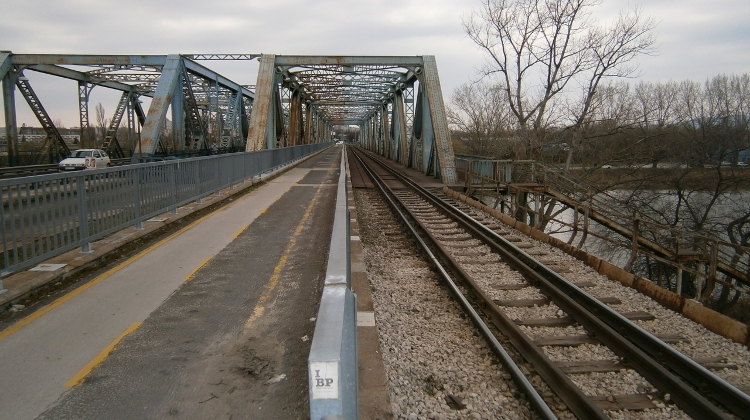 A new railway bridge will be built to replace the railway part of the Gubacsi Bridge, CEO Dávid Vitézy of the state-run Budapest Development Centre announced on Tuesday.

The bridge, which connects Csepel Island in Budapest to the national railway network, has become so decrepit that it is slowly becoming completely unusable, and cannot be renewed, he added.

At the moment, there is a speed restriction of 5km/h and also a weight restriction on the existing railway bridge.

The bridge serves the free Danube port in the city, the Metrans container terminal and a MOL unit.

The tender call for construction of a new bridge 15 metres north of the existing bridge was announced by the state infrastructure developer NIF.