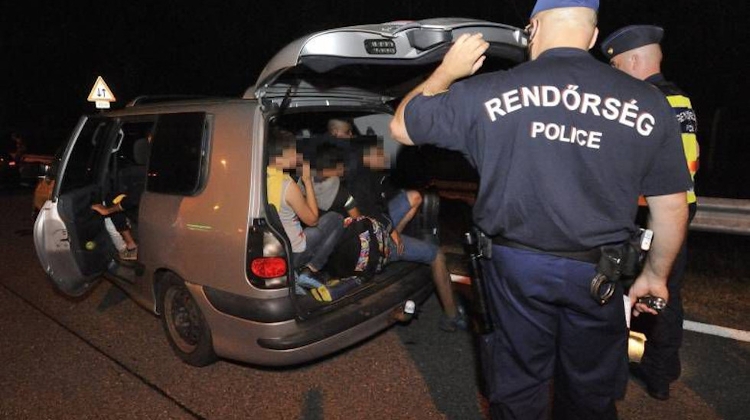 Law enforcement agents have captured 909 people-smugglers from 55 countries so far this year, according to Col. Zoltán Boross, head of the International Crime Division of the National Bureau of Investigations.

Last year, 414 human traffickers were prosecuted for the smuggling of 2,743 people. This year, 909 people have tried to smuggle 7,771 people from 32 countries to the West via Hungary.

The number of Hungarian smugglers has increased significantly this year.

In terms of the country of origin of the refugees, Syrians lead the way, at more than 5,000, followed by Afghans.

Hungarian law enforcement and the criminal justice sector have developed a new methodology to combat migrants and people-smugglers. This has resulted in a dramatic increase in the number of apprehensions in Hungary since September, but a decrease in Austria.

At a high-level meeting with Austrian authorities, involving national chiefs of police and the heads of criminal affairs, several precise plans were drawn up for the areas in which Austrian and Hungarian police officers work together.