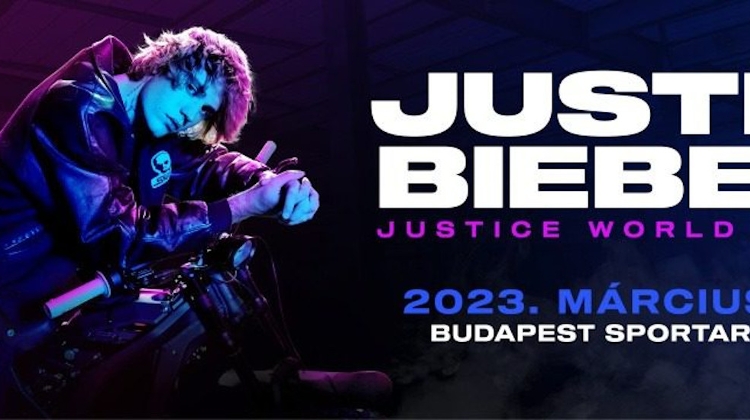 Justin Bieber has officially announced that all the remaining dates of the Justice World Tour, in which he would have performed at the Papp László Budapest Sportérena on March 11, 2023, will be postponed. Exact information about the new date is expected later 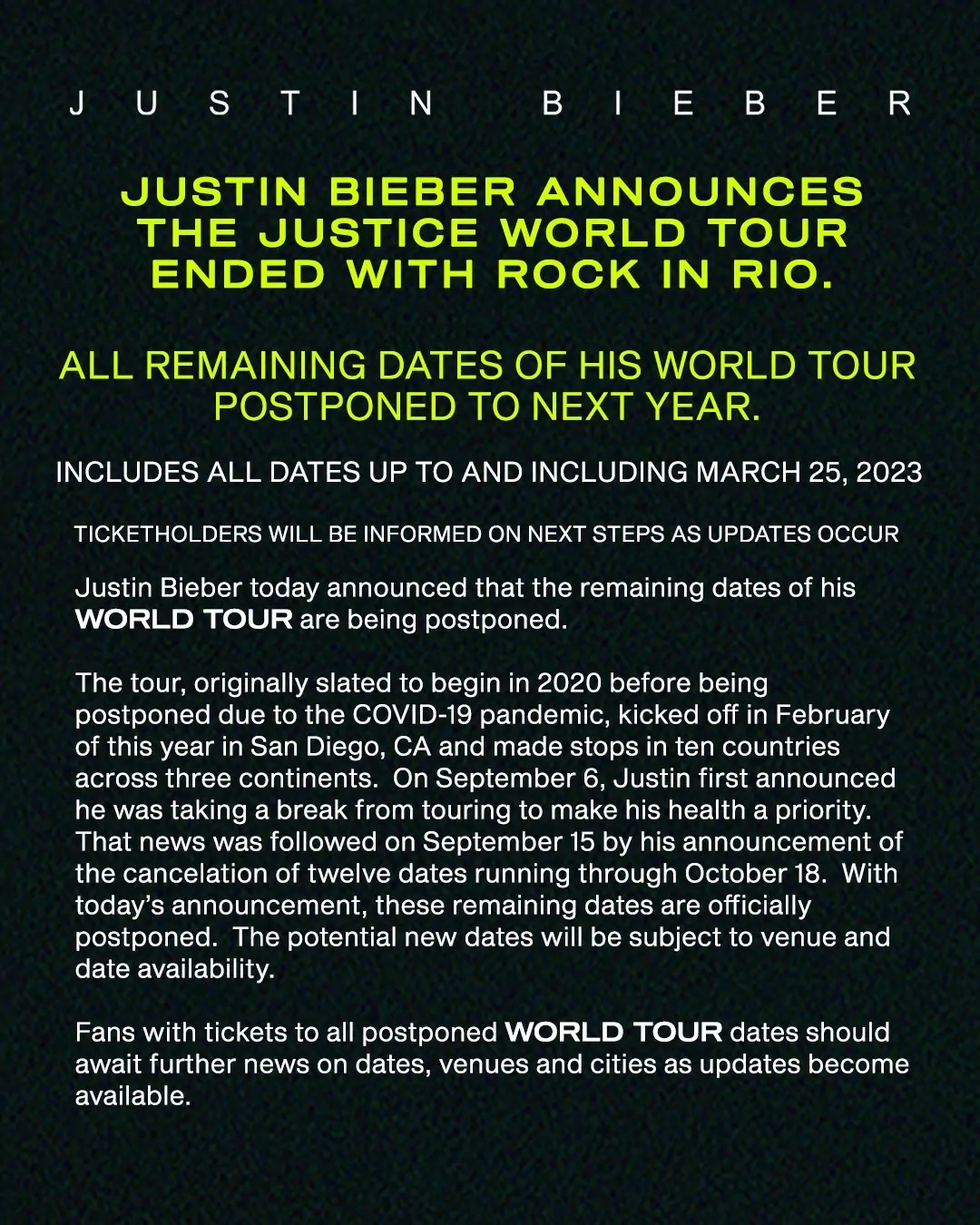 Taking place from May 2022 through to March 2023, Bieber will tour five continents, travelling to over 20 countries and playing more than 90 dates, with more shows to be announced in Asia and the Middle East very soon.

Described by The Times of London as “mesmerising”, Bieber played to 2.7 million fans over the course of his 2016-2017 run, with the finale seen by 65,000 fans at London’s British Summer Time Hyde Park festival.

The ‘Justice World Tour’ is named after Justin’s latest smash hit album ‘Justice’.  Released in March 2021, it debuted as the most streamed album in 117 countries.  The album and its tracks have taken the already global pop phenomenon to new heights.

‘Justice' has amassed nearly 9 billion streams worldwide, arriving on the back of huge international hits ‘Anyone’, ‘Lonely’ and ‘Holy’, which had already gathered 2 billion streams prior to the album’s release.

Another breakout smash hit from the album immediately followed, with ‘Peaches’ racking up over 2.5 billion streams so far.

The Kid LAROI duet ‘Stay’, was released in July this year and became the fastest song ever to hit 1 billion streams on Spotify.

He has sold over 80 million albums and last year broke Elvis Presley’s record as the youngest solo artist to have 8 albums reach Number 1 on the Billboard 200 charts.  In August, he broke the all-time record for monthly listeners on Spotify with over 83 million.

Recently named Artist Of The Year at the MTV Video Music Awards and nominated for a field-leading 8 MTV EMA Awards, Bieber remains the Number 1 artist on both YouTube and Spotify worldwide, cementing his place as one of the biggest pop stars of the 21century.