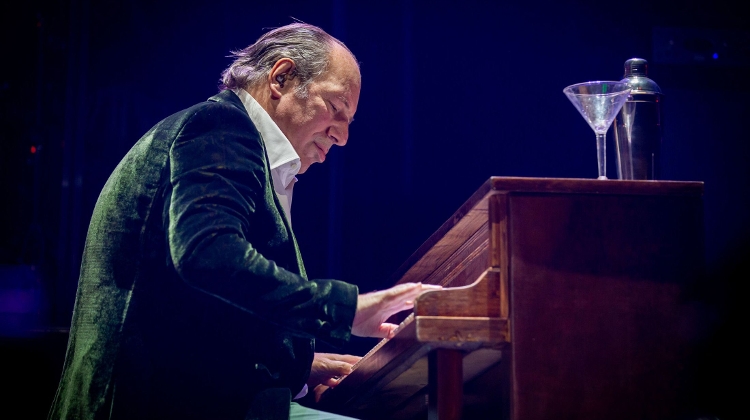 Following a world tour which drew over one million fans to arenas, stadiums and open air sites, Oscar, Grammy and Golden Globe Award-winning composer Hans Zimmer returns to the stage for a major new arena tour through Europe from February 2022.

It will be a new show with Zimmer joined by a band, orchestra and choir to perform hit compositions from fan favorite films as well as newer material. Additionally, Zimmer will perform pieces not often performed live.

Hans Zimmer has created some of the best-known and most influential film scores of our time. The composer - who received his 11th Oscar nomination in 2018 for the film score of Christopher Nolan’s box office hit Dunkirk - has reinvented the format for live film music performance.

The audience can expect another lavish set of performances in 2022. Zimmers previous show “Hans Zimmer Live”, which ran from 2014 - 2019, surprised both: audiences and critics. Instead of a maestro or projected film scenes, Hans Zimmer took centre stage as musician and host alongside an orchestra, choir, and band, allowing listeners to completely immerse themselves in his much-loved film soundtracks.

With the “Hans Zimmer Live - Europe Tour 2022” the popular film composer is back live on stage by popular demand.

Hans Zimmer has scored more than 200 projects across all mediums, which, combined, have grossed more than 28 billion dollars at the worldwide box office.

Zimmer has been honored with an Academy Award®, two Golden Globes®, three Grammys®, an American Music Award, and a Tony® Award. Zimmer’s work highlights over the past few years include Widows, which reteamed the composer with director Steve McQueen after previously working together on the critically acclaimed 12 Years A Slave; Blade Runner 2049 which he co-scored alongside Benjamin Wallfisch and earned Grammy, BAFTA and Critics' Choice nominations for Best Score; and Christopher Nolan’s Dunkirk which earned him nominations for an Academy Award, Grammy Award, Golden Globe, BAFTA Award, and Critics' Choice Award.

Other notable scores of Zimmer’s include Gladiator, The Thin Red Line, As Good as It Gets, Rain Man, The Dark Knight trilogy, Inception, Thelma and Louise, Black Hawk Down and The Last Samurai.

Zimmer most recently scored the live-action remake of The Lion King, for which he received a Grammynomination for Best Score Soundtrack for Visual Media.

Recently, Zimmer completed highly successful <<Hans Zimmer Live>> tour stops across Asia and Australia and continues to perform concerts around the globe in 2022, including an upcoming new European tour beginning in February 2022.