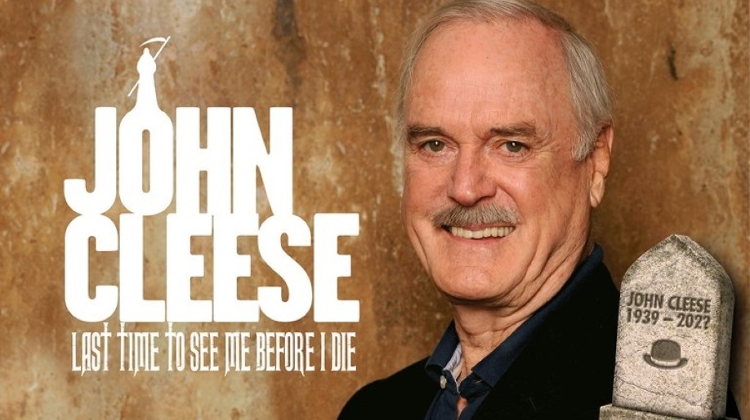 From the organisers: Following issues due to Covid, the new dates for Mr Cleese’s Budapest shows are June 11-12, 2022.

The founder of Monty Python, creator of Fawlty Towers and one of the most well-known figures in British humor, will perform at MoM Sport in Budapest with his show “Last Time to See Me Before I Die.”

Although the title of the show, “Last Time to See Me Before I Die,” might sound a bit strange at first, the comedian has been touring with it for the past six years.

According to index.hu, some descriptions even said that the audience can ask him questions during the two-hour-long performance.

He also participated in the sketch, where he played the Hungarian traveler who only wants to buy a box of cigarettes and matches but due to a naughty and deliberately misspelled Hungarian-English travel dictionary, the ‘Dirty Hungarian Phrasebook,’ instead of asking for the cigarettes, he only speaks nonsense, then seriously insults everyone he meets (by misadventure) - see video below.

The “Hungarian sentence” that the seller (played by Terry Jones) says to the tourist to clear up the situation (triggering his harsh reaction) means absolutely nothing in Hungarian and none of the words are Hungarian, although writer John Cleese allegedly swore to the others that it was, in fact, something in Hungarian.

However, Cleese later revealed in an interview with the Hungarian translator of the series Miklós Galla, that he only knows 11 Hungarian words, listing the names of the footballers of the Hungarian Golden Team.

The show will be in English without any translation or subtitles.