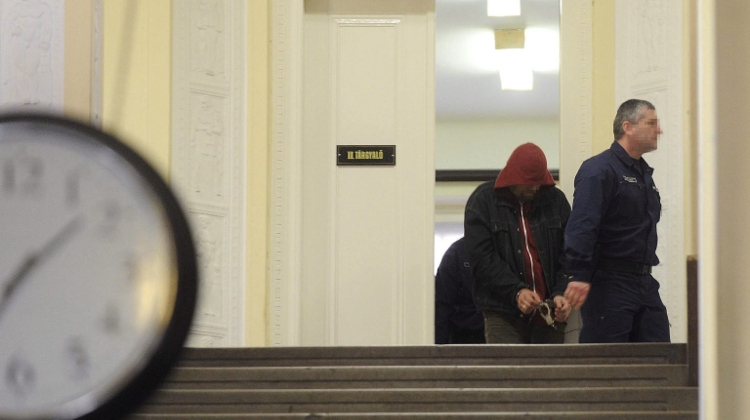 György Bálint, a municipal councillor at the 6th District of Budapest had bribed policemen with amounts of cash worth tens of thousands of euros, according to his testimony he gave in a criminal court case.

At the time of the alleged crime, Bálint was working for the company running the notorious Four Tigers chinese market, owned by relatives of Árpád Habony, unofficial advisor to PM Viktor Orbán.

The policemen deny taking bribes, the case is still ongoing. In case of a indictment, Bálint stands to to escape punishment, as he was the one snitching on the others.

A Budapest politician testified in court that he bribed two policemen with amounts of cash worth tens of thousands of euros in around 2008-10, Átlátszó has revealed. At the time of the alleged crime, Bálint György was working for a company owned by relatives of Árpád Habony, unofficial advisor to PM Viktor Orbán.

Bálint has since entered politics, and was elected a municipal councillor at the 6th District of Budapest as a member of the Socialist party — which he exited in December, with an ethical review related to other scandals hanging over him. Bálint has not given up his seat in the district council. Though he originally offered an interview to Átlátszó, he’s been ghosting our reporter for several weeks now.

According to his testimony as witness, Bálint bribed two members of the police local to the 8th District of Budapest, where the notorious Four Tigers market operated in the Chinatown of the Hungarian capital. One of the officers, lieutenant-colonel Zsolt O. was the head of the crime division at the precinct, and regularly visited Four Tigers. The other officer, captain Attila A. worked the same beat.

The alleged payments were supposed to facilitate various permits, including securing authorisation for market stalls that had been extended without the necessary authorisation by Bálint’s employer at the time, Komondor Kft. According to Bálint’s testimony, the officers didn’t come through on their promises, and still owe him money worth thousands of euros.

The company employing Bálint, Komondor Kft. at the time was owned by Marianne Pápa and her two children, who are relatives of Árpád Habony, unofficial advisor to PM Viktor Orbán.

The Four Tigers market was originally established in the early nineties on premises belonging to the Hungarian Railways by the entrepreneur Ferenc Szetlik, the late husband of Pápa and maternal uncle of Habony.

The market was a hotbed of illicit trade and crime for decades, before it was finally mopped up by 2014. The company Komondor was operating the market and collecting fees from the Chinese, Vietnamese or Arabic retailers operating out of stalls, sometimes under appalling working conditions.

Bálint started learning Chinese in the nineties, was hired as an interpreter for Komondor, and was eventually promoted to head operations and security at the Four Tigers. After the Hungarian Railways terminated Komondor’s lease agreement, Bálint acquired all ownership stakes in the company — with Pápa holding an option to re-buy.

The company was eventually liquidated without paying or admitting a debt alleged by the Hungarian railways and worth 800 thousand euros, according to Komondor’s last interim report.

The criminal case, which started in 2014, includes other allegations regarding police officers selling classified information to lawyers. Defendants altogether number 13. The two policemen against whom Bálint testified deny taking bribes.

The case is still ongoing at the military tribunal under the regional court in Győr. The Budapest prosecutor’s office informed Átlátszó that “the leader of the company operating the market disclosed the corrupt relation before it came to the attention of the authorities, therefore there was a [legal reason for his immunity] from punishment”.