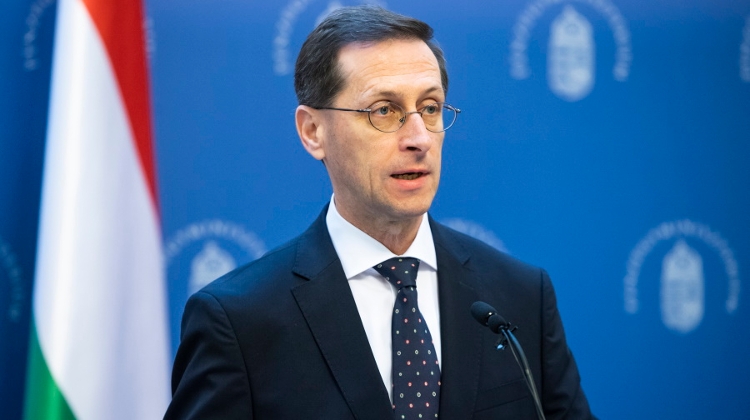 Hungary was one of the first countries to submit a recovery plan last May, Varga noted. But after the Hungarian parliament passed amendments to its child protection law in June, which European Union institutions said was discriminatory against LGBTQ people, “the European Commission judged the Hungarian plan on a political basis”, he said.

Paolo Gentiloni, the EU Commissioner for Economy, said at the talks on Tuesday that the issue of discrimination in Hungarian public education was “one of the main reasons to withhold Hungarian recovery funding,” Varga said.

The European Union has already disbursed 50 million euros to other countries, enabling them to put their own companies and other economic players at an advantage, and harming the interests of Hungarian companies in the process, he said.

“Hungary is entitled to that money, and we see delays as a step against the Hungarian economy,” Varga said.

At the same time, Hungary is now in a situation where it could avoid taking out loans from the International Monetary Fund or the EU, and is successfully financing itself, he said. This has boosted the country’s ratings, he added.

Regarding the EC’s upcoming economic forecast in February, Varga said the forecast was likely to confirm that Hungary had returned to a trajectory of “good, stable and balanced growth”, he said.

At the same time, the state debt and deficit, albeit shrinking, are yet to return to pre-pandemic levels, he said. Regarding the EU’s corporate minimum tax, Varga noted Hungary’s “considerable achievements” at the talks at the debate last year.

Hungary achieved that certain companies could fall under special taxing requirements, rather than a blanket implementation of the EU corporate minimum tax, he said. The countries would also have a ten-year transitional period, he said.

Currently, Hungary holds the view that the ruling on the corporate minimum tax should not be introduced in January 2023 as planned, he said. “Speed cannot come before deliberation,” he said.

After the implementation, Hungarian companies will face no tax raises, and will continue to pay the lowest corporate taxes in Europe, he said.