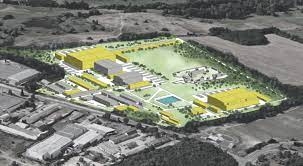 The National Film Institute (NFI) is to buy a 50% stake in 8.5 hectares of land in Fót near the film studio, Magyar Narancs reports.

The town of Fót is offering the land for Ft 1 billion. The state-owned body may also buy the remaining 50% of the plot.

The NFI announced last summer that it would build four new studios in Fót, adding a total of 10,000m2 of studio space to the existing 2,670m2.

Fidesz media figure Philip Rákay is planning to shoot a film at the site about poet Sándor Petőfi in 2023 to celebrate the bicentenary of his birth, according to reports.

The government is providing Ft 42 billion to the expansion of the film studio as part of the largest ever publicly funded studio development.