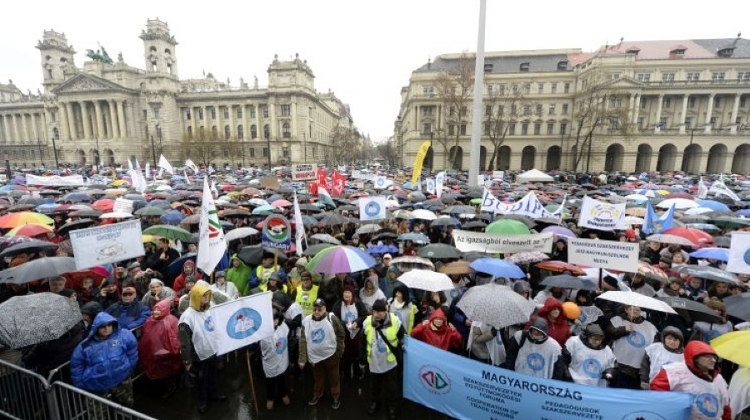 The Hungarian Association of Trade Unions (MASZSZ) will hold a demonstration on Jan. 31 to express solidarity with a teachers’ strike called for the same day, MASZSZ said in a statement.

The action will also be aimed at supporting the wage talks of the member unions of the association, it said in a statement.

MASZSZ deputy president Tamás Székely said the demonstration would be coordinated with the teachers’ strike but declined to disclose further details.

In its Thursday session, the association confirmed its support for extending the job seekers’ benefit from three months to 270 days.

MASZSZ demanded this move several times, most recently after the massive lay-offs that stemmed from the coronavirus pandemic, the statement said.