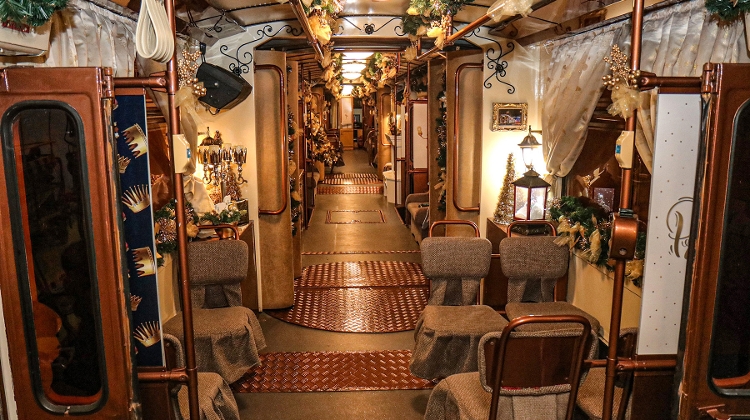 The beautifully illuminated and decorated Advent tram of the northern Hungarian city of Miskolc was voted the Most Beautiful in Europe for the 5th time by the Czech transport magazine MHD86.cz. Second place went to the Pilsen tram, the third to the tram of Prague.

The competition “Most beautiful Advent trams in Europe” was organized for the fifth time this year, with 23 Advent trams from eleven countries participating in the voting this time. First place went to Miskolc again – already for the fifth time – and Pilsen again came in second. For the first time, Prague managed to get the bronze medal.

Miskolc’s Advent tram first took part in the competition in 2012, at which time the type Tatra 210 was decorated, but still on a more modest scale. Since 2013, type 202 has held this function, and in the past nine years they have decorated it with the colors red and gold, turning it into an ice palace in 2018. It got its current gingerbread house shape in 2019, with the interior changing year after year.

For Advent 2021, the interior was decorated with gold on the occasion of the anniversary. The Advent tram runs until January 6th.

The roadmap is available at this link.