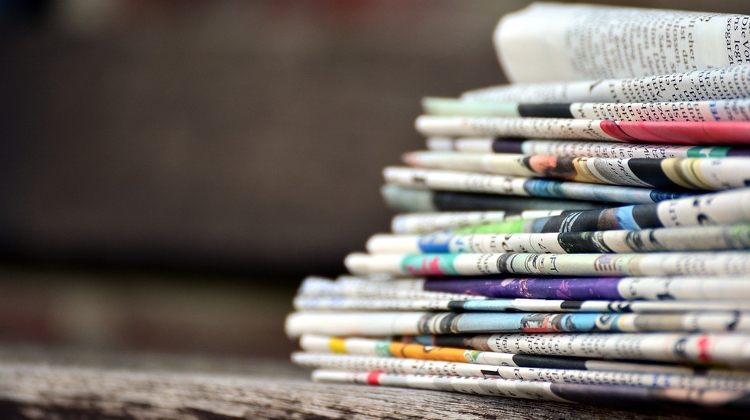 As the electoral campaign officially kicks off, the weeklies analyse the political landscape and the various factors that might play a role in the run-up to the elections called for 3 April.

In his editorial in Mandiner, Milán Constantinovits lists three reasons why he expects the opposition to lose the elections. In the first place, he writes, the presence of former Prime Minister Ferenc Gyurcsány in their ranks represents a huge burden from the past.

By cooperating with him, he argues, the rest of the opposition parties have accepted the heritage of his era. Secondly, Constantinovits argues, the opposition still hasn’t come forward with a clear programme for what they would do in government.

Viktor Orbán’s successes in tackling the main challenges of the day, he suggests, have made it difficult for the opposition to come up with an alternative. These include establishing an undeniable elbow-room in diplomacy, improving demographic trends,  supporting families and allocating funds to support housing for young couples.

The third stumbling block the pro-government analyst sees in the opposition campaign is the absence of a credible and charismatic leader.

In Magyar Hang, Szabolcs Szerető, by contrast, finds opposition front-runner Péter Márki-Zay a convincing candidate. At the same time, he admits that a detailed policy plan has not yet been presented.

The task of forging a coherent vision of the future is extremely difficult for the disparate forces of the opposition, he acknowledges. He urges them to swiftly agree on a joint programme and a candidate for the post of the President of the Republic, if they really take the elections seriously.

(Peter Marki-Zay announced on on Sunday evening, that the opposition programme would be unveiled on 17 February.)

In addition, he also calls on the leaders of the opposition to sum up their programme in a few short messages, something Fidesz has always excelled in. “Anyone out to defeat Fidesz”, he concludes, “must be able to learn a thing or two from them.”

In Jelen, liberal analyst Bulcsu Hunyadi thinks that the far right ‘Our Country’ party may well reach the 5% parliamentary threshold and win a few seats. Its leaders, who seceded from Jobbik when it veered towards the centre in the second half of the last decade, embrace conspiracy theories including anti-vax and anti-lockdown views to attract disoriented audiences. In describing their general attitude, Hunyadi writes that they accuse Fidesz of using their ideology, ‘stealing’ topics from them, without however being seriously committed to any of these.

In an unusually long editorial, Magyar Narancs supports the nomination of Methodist pastor Gábor Iványi as opposition candidate for President of the Republic. The former Liberal MP, who has been struggling with the authorities for the past ten years to win back official recognition for his denomination as a church, also runs institutions to support the poor. In the view of the liberal weekly, pastor Iványi is a clear antithesis to the incumbent regime.

The editors concede that he would never be elected by the pro-government majority but believe that the outcome could well be different if the President of the Republic were to be elected by plebiscite.

In Heti Világgazdaság, Árpád W. Tóta lambasts the public service media for unilaterally supporting the government side and believes that, in case the opposition wins the elections, big changes will be made. Nevertheless, he doubts that Fidesz supporters would be satisfied with balanced media reporting because  ‘what they want is propaganda, rather than the news’. A future government, he suggests, should leave them a space in the public media where they can continue to enjoy that.

In 168 óra, left-wing analyst Balázs Böcskei ruminates about televised debates among candidates and suggests that participants usually try to keep their own audience mobilised and avoid taking risks. As for the government side, he continues, not agreeing to a debate between the front runners perfectly fulfils that mission of avoiding risk.

He deems it therefore highly unlikely for such a debate to take place before the elections. Nevertheless, he doesn’t believe that a duel between the opposition frontrunner and the incumbent Prime Minister would have a big impact on the electoral results and finds it impossible to calculate to what extent the opposition could profit from such a duel.