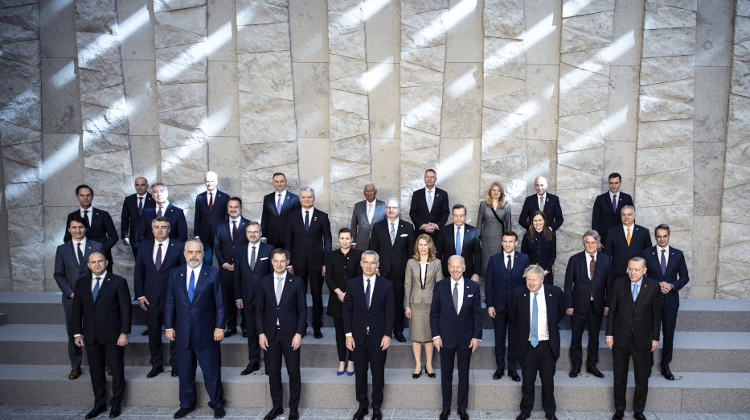 Ukrainian President Volodymyr Zelensky asked Hungary to vote in support of expanding sanctions against Russia to include energy, with a ban on buying Russian gas and crude oil, and to allow weapons deliveries across its territory, Prime Minister Viktor Orbán’s press chief said.

Hungary wants to stay out of the war and will not allow weapons shipments to cross its territory and will not send weapons to Ukraine, he added.

At the same time, it is doing everything it can to help those fleeing the war and offering humanitarian aid, he said.

By Thursday, some half million refugees had arrived in Hungary and Hungary had sent aid worth 2 billion forints (EUR 5.4m) to Ukraine, he added.

Some 85% of Hungarian households use gas for heating and 64% of Hungary’s crude oil imports arrive from Russia, Havasi noted.

Three or four years of preparations would be required to switch crude oil refineries to process oil received from another source, and the physical infrastructure to receive the current volume of natural gas from elsewhere does not yet exist, he added.

“We will continue to oppose the expansion of sanctions to Russian energy at all international forums,” he said.

The fact that Hungary is to receive over 100 billion forints worth of European Union resources as a result of the Russia-Ukraine war shows Prime Minister Viktor Orbán’s “significant influence” and the effectiveness of Hungarian interest representation, the prime minister’s chief of staff said on Friday.

Gulyás told public media at the opening event of Somló castle after renovation that Orbán had achieved considerable success in Brussels because, in addition to the EU resources due to Hungary, the country will receive 300 million euros towards the costs of looking after refugees from Ukraine.

This sum of more than 100 billion forints can be freely used to cover the costs incurred as a result of the war, he said. It will be of great help in avoiding Hungarians paying the cost of war, he added.

Gulyás said that hardly more than a week after Orbán’s letter to European Commission President Ursula von der Leyen, the extra 100 billion forints has been made available.

“Taking a resolute stand has had a successful outcome in Brussels”, while Orbán’s being the longest-serving leader within the EU body of heads of state and government carries great weight, he added.

Gulyás said that contrary to claims by the left wing, Hungary’s talks on the current EU budget were progressing “in line with a completely normal schedule” and the partnership agreement would be signed within the next few weeks or months.

He also said that Hungary had drawn the largest proportion of EU resources in the previous budget term.

Volodymyr Zelenskiy reiterated two well-known demands at the latest EU summit: Hungary should allow lethal aid to cross its territory and it should stop buying natural gas and crude oil from Russia, Foreign Minister Péter Szijjártó said on Friday, adding that the government was resolute that Hungary will stay out of the war.

No weapons shipments will be allowed to cross the country and the Hungarian people will not pay the cost of war, the minister said on Facebook.

The transit of weapons carried the risk of turning Hungary into a military target, and “we refuse to risk Hungarian people’s lives and security”, he added.

The minister said boycotting Russian natural gas and crude oil shipments would seize up Hungary’s energy supply, resulting in a drastic increase in utility fees, and he noted the Hungarian government’s continued opposition to broadening sanctions to include energy.

“We must stay out of this war,” Szijjártó said.