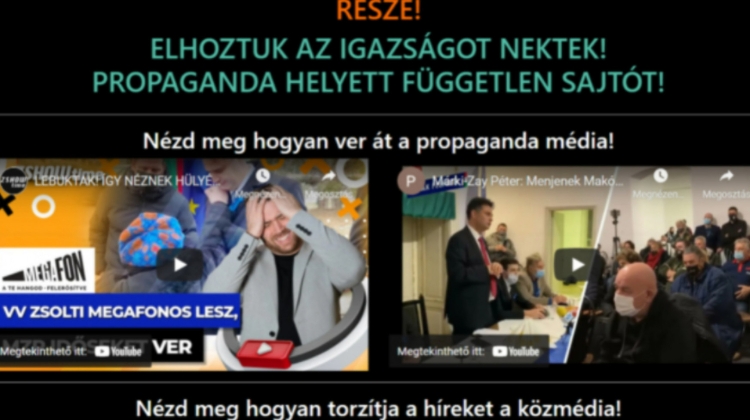 Visitors to several pro-government news sites on Monday morning were greeted with messages that they were reading “propaganda media,” reports Szabad Európa.

This website is part of the government’s propaganda media! We bring you the truth! Independent media instead of propaganda! Take a look at how the propagand media tricks you! -were some of the messages awaiting visitors on the websites of visitors to Nemzeti Sport, Metropol, Figyelő, Szabad Föld, 888.hu, Mandiner, and the online sites of a few local dailies yesterday, writes Telex.

The hacked pages featured videos and articles about how the news is manipulated by state-run media and government-friendly media. Other content on the sites criticized Prime Minister Viktor Orbán and promoted opposition leader Péter Márki-Zay.

At the bottom of the hacked sites were indications that the international hackivist collective Anonymous was behind the cyberattack.

Government-critical content eventually disappeared from the sites, but the attacked websites remained inacessible even after that.

On Sunday night, just a few hours before the sites were attacked, RTL reported that the Anonymous hacker group had threatened the Orban government in a video for continuing to stand behind Vladimir Putin and Russia.