‘Best Of America’ In Budapest 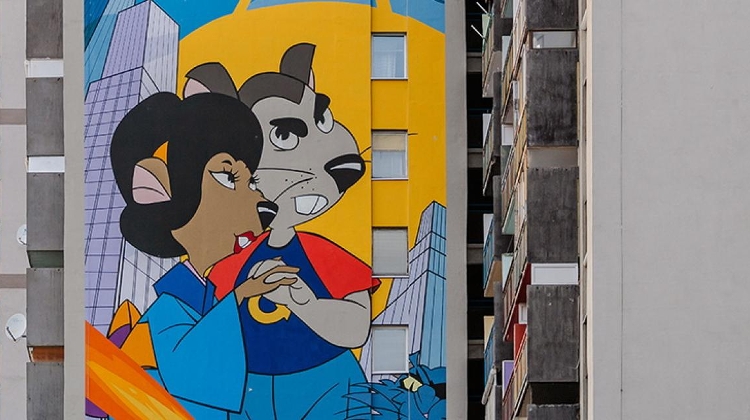 Numerous nations and cultures have left their traces in Budapest – here is a selection of the most surprising American links:

1. The first statue erected in Europe in honour of George Washington is located in Budapest’s City Park, near the Castle of Vajdahunyad. The statue has been watching the skaters on the ice rink since 1906.

The money for it was raised by the Hungarians of Cleveland not only to commemorate Washington but also because he was considered to be a symbol of freedom just like Lajos Kossuth, the leader of the Hungarian War of Independence of 1848-49 was, whose commemoration in the form of a statue was banned because his opponent, Franz Joseph, was the monarch.

2. Budapest’s biggest and nicest theatre has had Woody Allen’s famous play, “Play it again, Sam!” on its repertoire with an unbroken success since 1983 – what is more, the eponymous main character, whom the author modelled after himself, is played by András Kern, the actor who is also Woody Allen’s Hungarian dubbing voice.

When Woody Allen performed with his band in Budapest, the show was timed to allow him to watch it if he wanted to, but finally the meeting did not take place.

3. Elvis Presley’s watch can be seen in Budapest. Legend has it that in 1957 Presley spoke up in support of the Hungarian revolution of 1956 (in fact, it was Ed Sullivan who spoke up in support of refugees, but the point is that 70 million people saw it). In gratitude, a small square was named after him at the Buda head of Margaret Bridge.

In appreciation, Presley’s widow sent one of the watches of the King to the then-mayor of Budapest and it is now exhibited in the Rock Museum.

4. The treasures of the Hungarian National Museum were saved by an American general from being taken away by Romanian invaders during the chaotic times in 1919. General Harry Hill Bandholtz sealed the entrance as a member of the Inter-Allied Military Mission, thus saving the artefacts.

The grateful Hungarians erected a statue to him in 1936, which, however, had to be removed in the Soviet era (when it was not customary to thank Americans for anything). Finally, in 1989, the statue was returned to its original place just before President Bush’s visit.

5. Not far from Saint Stephen’s Basilica, a house has two American-related plaques on its wall. One of them commemorates John G. Kemény, the inventor of the time-sharing computer system and BASIC programming language. It is owing to him that the computer is part of our everyday lives and not only the privilege of IT professionals: at Professor Kemény’s university even humanities students used it and BASIC was purposefully not patented, thus becoming the first open-source code.

The other plaque commemorates Tommy Ramone, the member of the legendary Ramones band. Both of them were born in the same house in Budapest.

6. There was a time when Budapest – or, more closely, Pannónia Cartoon Studio – was among the five biggest cartoon making centres in the world, alongside Disney and Hanna-Barbera. After emigrating to the USA, its former professionals had an impact on American cartoons.

The idea that the Simpsons should have yellow hair, with Marge’s being blue, occurred to Georgie Peluce and was pushed through the producers and the senior management by Gábor Csupó. A character was modelled after Csupó in the series, named Dr. Nick Riviera.

The most popular Hungarian cartoon, which was a box office hit selling one million tickets in the year of its release (not too bad in a country with a population of ten million), was inspired by Manhattan Transfer.