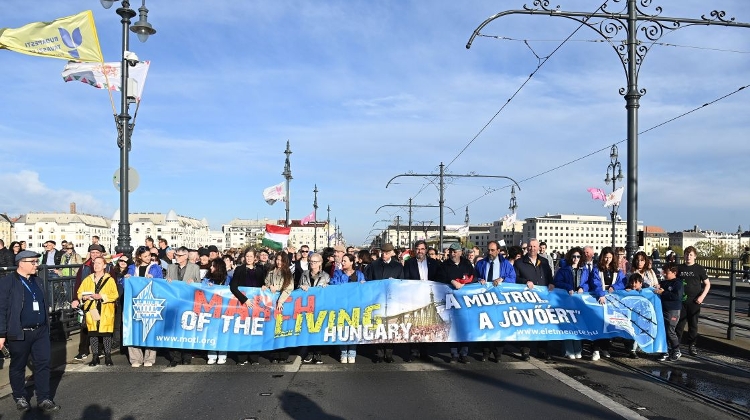 Victims of the Holocaust were commemorated at the March of the Living in Budapest on Sunday. The march started at a memorial on the banks of the Danube and ended at the Hajós Alfréd Aquatics Complex on Margaret Island.

Dani Dayan, the chairman of the Yad Vashem Holocaust memorial centre in Jerusalem, addressed the March of the Living participants in a video message.

Yacov Hadas-Handelsman, Israel’s ambassador to Hungary, noted that the March of the Living is an educational programme that aims to teach young people about the past through the stories of Holocaust survivors. The choice of the aquatics complex was symbolic.

The Olympic champion Alfréd Hajós, the building’s designer, was himself a Holocaust survivor.

Click here to learn more about March of the Living