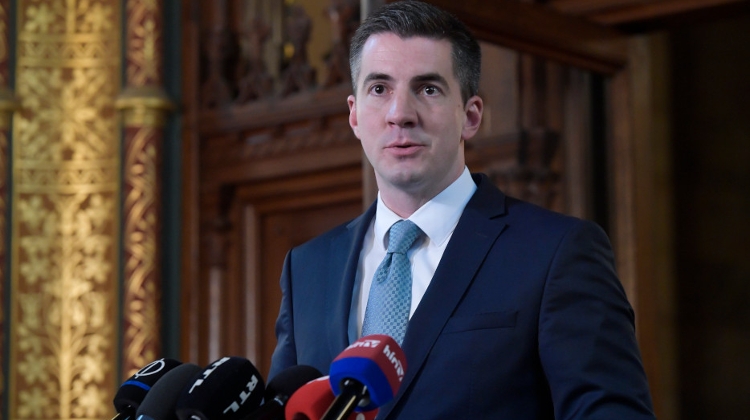 Máté Kocsis, the group leader of ruling Fidesz, reacting to the walk-out by DK and Momentum lawmakers, said parliament was their “workplace” and they must take their work as seriously as they would in any other workplace.

The work of a lawmaker is regulated by the Hungarian constitution and parliamentary law, Kocsis said on Facebook, adding that a lawmaker who disregarded the law and only cared about being paid was unworthy of his or her parliamentary position.

Opening the inaugural session, President János Áder called on lawmakers to “affirm national interests” as well as support the prosperity and security of Hungarians, and to reject “self-serving, myopic politics” or actions which “serve foreign interests and sow discord and lies”.

Given that Hungarian voters expressed their will in the general election, the new parliament and government is legitimate and must be respected by all, he said. Áder proposed that the parliament elect Viktor Orbán as Hungary’s next prime minister.

The outgoing president noted that the 2022 election had witnessed more observer missions and fewer procedures seeking legal remedy than any other election since 1990.

Áder warned Hungary faced “difficult years to come”, with the coronavirus pandemic lingering, albeit in a “milder form”.

“The war in Ukraine also seems to be dragging out and an economic crisis is about to kick our door down,” he said, adding that the war was expected to keep prices high and possibly raise them further. The new parliament will need “all its experience in crisis management” to steer Hungary amid those circumstances, he said.

“The voters’ mandate is clear… Success requires superhuman effort. But no matter the difficulties, the debates you have to stand your ground in, no matter how the vile attacks you will be exposed to, never forget: the country before all,” Áder said.