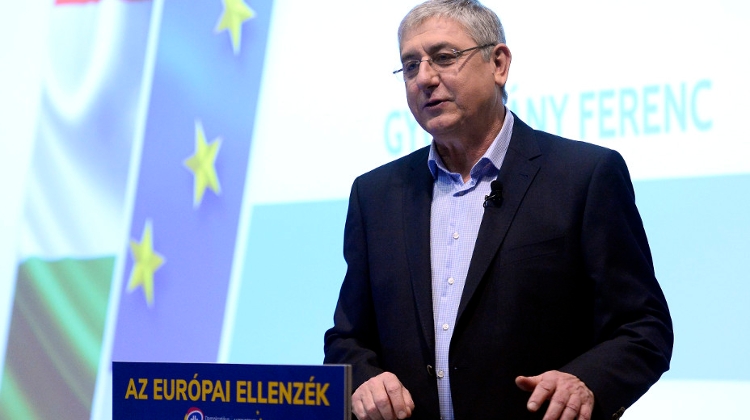 After their failure in the April general election, the coalition of opposition parties has fallen apart and, with the exception of the Democratic Coalition led by Ferenc Gyurcsány, the rivalling parties are in a state of crisis, according to an analysis of opinion polls carried out by the Twenty-First Century Institute.

Relative newcomer Momentum has been “struggling with a permanent leadership crisis”, the think-tank said.

Founding member and former leader András Fekete-Győr still dominates the party and as group leader “he will put his stamp on it” while the departure of Anna Donáth as Momentum’s leader “will cause uncertainty and managerial instability.”

The think-tank cited “information in the opposition press” suggesting an active connection between Gyurcsány’s party and the youthful Momentum movement. Gyurcsány wants to form a DK-Momentum coalition similar to the pre-2010 Socialist-Liberal coalition, it added.

Both LMP and Párbeszéd identify as green parties, the analysis said, but “they can hardly be called real parties as they lack a mass base and are led by media politicians”. LMP’s leadership, it added, was “quite unstable”, while the co-leaders of Párbeszéd indicated after the election that they would not run for office. Due to the uneasy election cooperation between the two green parties, environmental politics and their party identities have faded, the think-tank said.

Regarding the conservative Jobbik party, the Twenty-First Century Institute said the party had lost its nationalist credentials after teaming up with the left wing and taking up its positions on key international issues, including relations with Hungarians beyond the border and the European Union.

“The party is intellectually vacant,” the think-tank said. Even though Jobbik recorded “its biggest loss” in the general election, Péter Jakab was re-elected leader at a recent party conference by a dwindling number of delegates, indicating a shrinking party organisation and membership.

As radical party Mi Hazánk entered parliament for the first time, Jobbik’s room for manoeuvre has narrowed, and it will be impossible for it to return to its former right-wing narrative, the institute said.

Only the Democratic Coalition is stable and free of a leadership crisis, according to the think-tank. It is the sole party with a stable organisational hinterland and the resources to develop a strong opposition policy, it added.