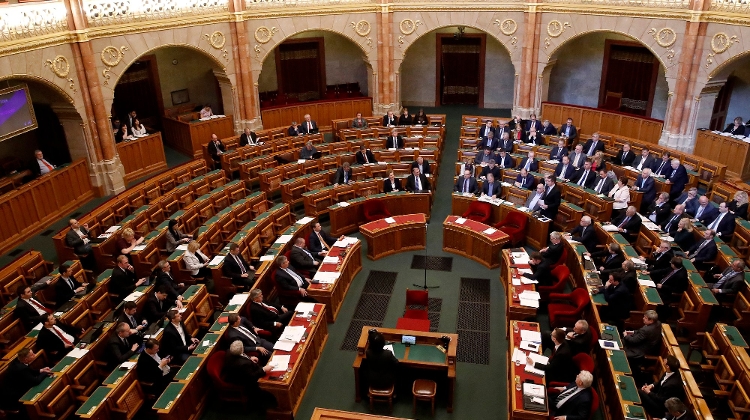 A prominent pro-government historian condemns the decision by many opposition MPs, who walked out of the first session of Parliament after taking their oaths of office.

Half the MPs of the opposition alliance, which suffered a crushing defeat by PM Orbán’s Fidesz in last month’s election, refrained from boycotting the inaugural session on Monday, but left the plenary immediately after being sworn in.

On Index, historian Mária Schmidt describes the walkout as a pathetic gesture which betrayed the trust of the 1.8 million people who voted the opposition MPs into Parliament. Dr Schmidt, the founding director of the Terror House Museum suggests that theatrical gestures of this nature express the opposition’s lack of purpose and imagination, which also explains their repeated electoral defeats.

When in the 1990s, she explains, the Left espoused neoliberal politics, it opened a huge space to be filled by Fidesz. As a result, Fidesz now extends from the left to the right, and this is why it has won four landslide electoral victories in a row, she suggests. In an aside, she dismisses the plan of Socialist Party leaders to revert to their party’s original values, arguing that the MSZP has been dead for a long time, a fact it still struggles to realise.