Hungarian Opinion: Weeklies on the Opposition a Full Month After its Electoral Defeat 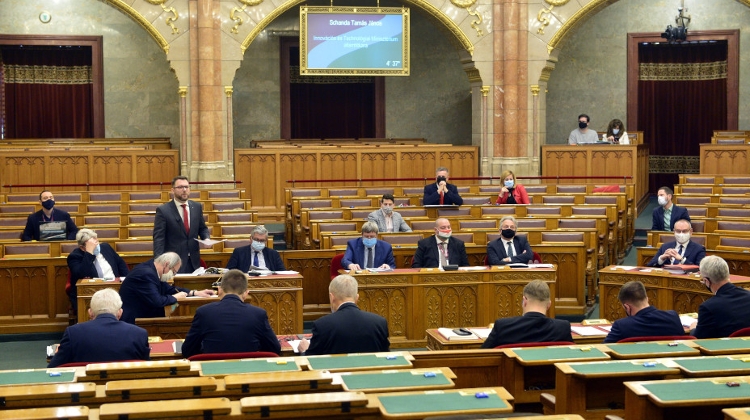 Commentators on both sides of the political spectrum suggest that the weaknesses which sealed the opposition’s fate during the elections have further deepened over the past weeks.

In its unsigned editorial, 168óra writes that much of today’s opposition is the biggest obstacle on the road that should lead to a regime change. The authors describe the behaviour of opposition MPs in the opening session of Parliament as outright pathetic, first hesitating whether to attend or not, then half attending the start, only to withdraw before the speech of the President of the Republic.

Ákos Hadházy, who alone refused to take his oath of office on the first day, then held a meeting outside the Parliament building, attended by virtually more reporters than citizens – a fact the left-wing weekly interprets as proof of the opposition’s helplessness.

In Jelen, Zoltán Lakner deems it ridiculous of the opposition to wait until the European elections in two years’ time to test the weight of each in order to calibrate their relative standing in a future electoral alliance.

This proves in his view that the opposition parties are still preoccupied fighting against one another, jockeying for positions in Parliament – one reason they stand no chance of defeating the incumbent government.

In an embittered full-page editorial, Magyar Narancs also finds the opposition parties guilty of infighting and blaming one another for their catastrophic electoral result. Instead, the liberal weekly calls on them to support the European Commission in its rule-of-law procedure against the Hungarian government, by indicating what criteria Hungary should fulfil and what institutions it should reform to prevent corruption.

They might also demand that the exchanges between the Commission and the Hungarian government be made public, Magyar Narancs suggests.

In an angry column in Heti Világgazdaság, Árpád W. Tóta believes that the European Commission is obviously right in suspecting the Hungarian authorities of mishandling European funds, although the Commission’s letter to the government has not been made public. Nevertheless, he continues, the government’s supporters didn’t mind all that, so long as the economy was booming.

Even now, amidst the huge difficulties caused by the pandemic and the war in Ukraine, they still believe that Brussels punishes Hungary because of its stance on gender issues. In his concluding remark, the liberal pundit calls on the European Union to spend just 1% of the money held back from Hungary, to address the Hungarian public with its alternative explanation of reality.

From the other side of the political divide, Demokrata’s Péter Bándy finds the European Commission guilty of prejudice against Hungary. Based on information he claims to have on the content of the Commission’s letter to the government, the right-wing commentator writes that Brussels demands reforms of institutions that do not belong to the competence of the European Union, including the system of selling and renting arable land and the system of public prosecution.

Furthermore, he quotes an admission by the Commission that as far as corruption is concerned, Hungary is not even seen as being the lowest ranking member country, and yet has been targeted by the Commission, while those considered the most corrupt ones are not.

In Mandiner, Dániel Kacsoh takes the example of the EU procedure against the Hungarian government to explain why the opposition has lost four consecutive elections by a landslide. The left, he explains, advocates conforming to Brussels’ expectations ‘in a servile spirit’, while the government puts the national interest first.

The opposition, the pro-government columnist writes, will never understand the causes of its failure as long as it doesn’t realise the secret of Fidesz’s success. Prime Minister Orbán, he argues, has a consistent worldview which is based on a sovereignist foreign policy, a patriotic economic policy as well as the defence of ‘normality’ in Europe and the idea of a society based on families.