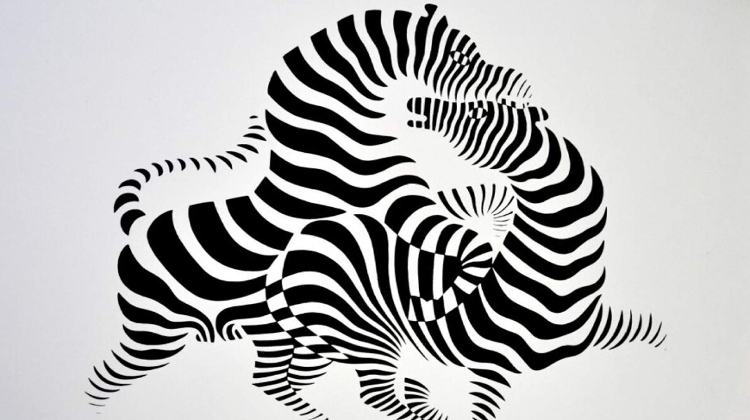 A festival celebrating renowned op art painter and sculptor Victor Vasarely will be held in Pécs, his home town, on May 27-28, the organiser said on Monday.

Organised for the first time, the festival will open with a glass exhibition, to be followed by an op art themed fashion show and a DJ show on Friday afternoon, the Pécs National Theatre said.

On Saturday, a book-launch for Memoires, written by Pierre Vasarely, the artist’s grandson, will be held and a concert performed by artists on the theatre’s balcony.

The National Theatre will put on a performance by the Pécs Ballet entitled Vasarely Etudes.

A light-art performance starting at 9pm will be held on both evenings on the theatre’s facade to be followed by a DJ show in front of the building on the square.

He developed a unique style of geometric abstract art. His “Zebra”, composed of curving black and white stripes, is considered the first op art piece in the world.