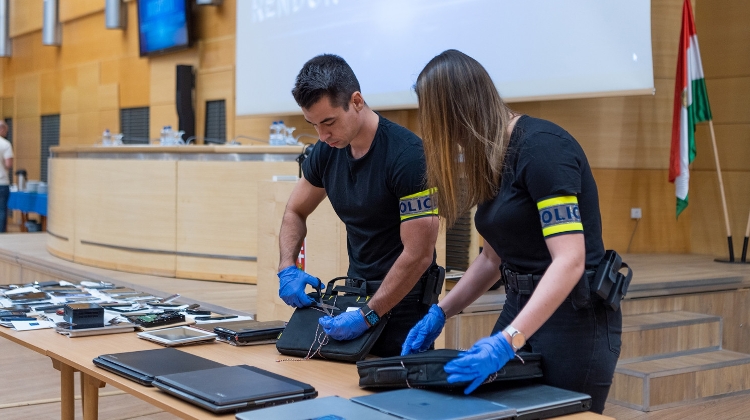 Police have cracked down on a criminal organisation engaged in large-scale money laundering in Hungary.

There are 44 suspects, 407 bank accounts were frozen and Ft 678 million was impounded, Budapest Police announced on Monday.

Budapest Police began investigating the gang two years ago. It was run by a 48-year-old Israeli citizen who resides in Hungary.

Members of the gang, helped by frontmen, founded or purchased companies which did not pursue any real economic activity, as their forint or euro bank accounts were needed only to transfer money coming from frauds from all parts of the world.

Billions of forints arrived from 32 countries and were transferred to the accounts that belonged to the network.

Budapest police, helped by Europol agents, searched 24 locations in Budapest and its environment and in Szabolcs county on May 9, when 184 people took part in the operation.

On that day alone 16 people were caught and questioned as suspects. Police seized €60,000 and Ft 22 million in cash, a luxury car, substances suspected to be drugs, four guns and a rubber bullet weapon, ammunition, 36 bank cards, a number of data carriers, mobile phones, SIM cards, jewels and pawnshop tickets.