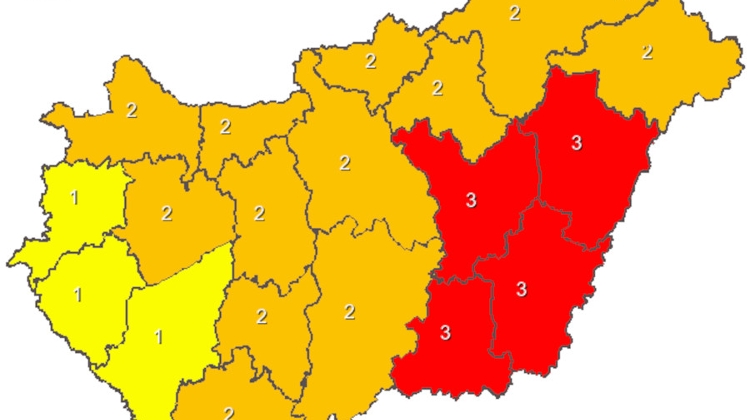 The chief medical officer has extended a heat alert in effect in Hungary since Monday until midnight next Monday.

The weather service said on Facebook that a cold front is expected to arrive late on Friday but its effect will be felt only in western Hungary.

In the meantime, the Hungarian Meteorological Service (OMSZ) measured a record-high 39.6 C. in Berettyóújfalu, in eastern Hungary.

A heat alert has come into effect in Hungary from early Monday until Thursday 1 July midnight, as mean temperatures are expected to exceed 27 C. every day.

Maximum temperatures are expected to be between 31 and 36 C. on Monday and rise to near 40 C. later in the week.

According to the recommendation, people should stay indoors from 11 am to 3 pm, should avoid strenuous activity and direct sunlight; wear loose, lightweight clothing; drink plenty of fluids, watch for heat cramps, heat exhaustion and heat stroke and never leave people or pets in a closed vehicle.

The alert has been issued based on data available from national weather service OMSZ and the recommendations of the National Public Health Centre (NNK).