Analysis: High Demand for Student Workers in Hungary This Summer 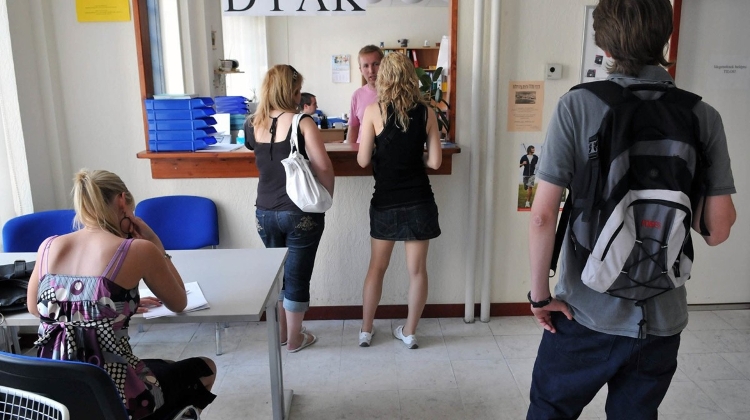 More and more student worker ads are being posted on Hungary's most visited job portal.

Compared to the previous year, the number of advertised positions has risen most markedly in the fields of skilled work, administration, followed by manual and unskilled labor, catering, as well as sales and finance, according to Profession.hu.

The last year has seen a number of high periods in the number of job advertisements for student workers. In the spring of 2021 - when the COVID-related restrictions began to ease - and again in the fall months, there was a significant increase of student work ads in the jobs portal's database, followed by a new wave in the spring of this year.

As was the case the year before, Budapest was the city with the highest number of student job vacancies this year. In a comparison of counties, Pest County tops the recruitment list, followed by Győr-Moson-Sopron, then Borod-Abaúj-Zemplén, Komárom-Esztergom, Zala, Veszprém and Hajdú-Bihar Counties.

Nógrád County was at the bottom of the list with very few job postings targeting students.

Looking at the trend in applications from students, the strongest period for both 2021 and 2022 is the beginning of the year. As in 2020, the most popular fields this year will be marketing-media-PR, followed by business support centers, law and legal consultancy, and health/pharma.

The most sought-after occupation in the first quarter of last year has now dropped out of the top six.

Hajdú-Bihar county received the highest number of applications for the student jobs advertised. Baranya County is in second place, followed by Szabolcs-Szatmár-Bereg, Borsod-Abaúj-Zemplén.

The lowest number of applications was registered in Vas, Tolna, and Somogy counties. In rural counties, there are fewer opportunities for student employment, so there are proportionally more applicants.

"Summer is the peak season for student jobs. In addition to seasonal agricultural work, seasonal catering jobs also appear on the market at this time, while companies have to find replacements during the summer holidays.

In the current situation of labor shortages, the youngest group of employees can play a particularly important role, as they are less available during the school year, but can be mobilized in several areas and tasks during the summer holidays," said Imre Tüzes, business development director of Profession.hu.