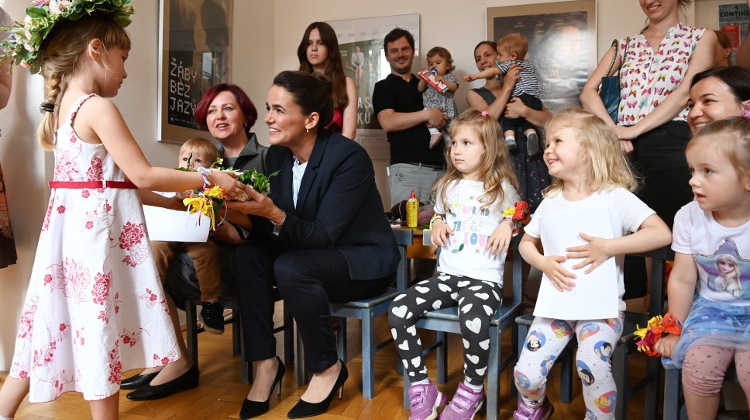 Their talks focused on bilateral economic cooperation, the war in Ukraine and family policy. Speaking at a joint press conference after their talks, Novák welcomed that the European nations had managed to reach a “sound consensus” on the sixth package of EU sanctions, one that Hungary could also support.

Answering a question, she said that Hungary supports sanctions causing bigger harm to the aggressor than to the European Union.

“Ones that prevent everyday life in the EU countries are not good sanctions,” she said.

A land-locked country dependent on Russian energy supplies has a narrower scope of manoeuvring than another one with access to the sea and less dependence on Russian oil and gas, she said, noting that Hungary and the Czech Republic were in the same boots from this aspect.

“The ongoing war in Ukraine demonstrates the need for all of us to reduce our dependence on Russian gas and oil supplies,” she said.

Zeman said the Czech Republic continued to support cooperation within the Visegrad Four group which he called beneficial to all participants.

“We will by no means loosen or destroy our V4 cooperation,” he added. Zeman said he highly esteemed Hungary’s political leaders who he said respected and protected their nation’s interests in the context of the Ukraine-Russia war, too.

The Czech president said that although the two countries have no common border, the Czech Republic considers Hungary its “neighbour of honour”.

Hungary and the Czech Republic have confirmed their commitment to the Visegrad Four cooperation, President Katalin Novák said in Prague on Tuesday after talks with Miloš Zeman, her Czech counterpart.

All the four member states have a vested interest in continuing a close Visegrad cooperation, Novák told a joint press conference. She said the two countries’ interests coincide in several fields, and there are plenty of similarities between their history.

“We are more tolerant to different views, can agree on a number of issues and represent together our common position in the European Union,” Novák said. The Hungarian president said her talks with Zeman focused on bilateral economic cooperation, the war in Ukraine and family policy.

Hungary and the Czech Republic are connected by long-standing friendship, which should be fostered on the highest level, too, Novák said, adding that this was her first official visit abroad as president.

Discussing the war in Ukraine, Novák and Zeman condemned Putin’s aggression and pledged to support their compatriots’ efforts to help Ukrainian refugees.

“While speaking of the war, we keep peace in view and will make every possible effort so that peace be restored as soon as possible,” Novák said.