Hungary 'Never Proud to be an Outlier in EU'', Say PM's Chief of Staff 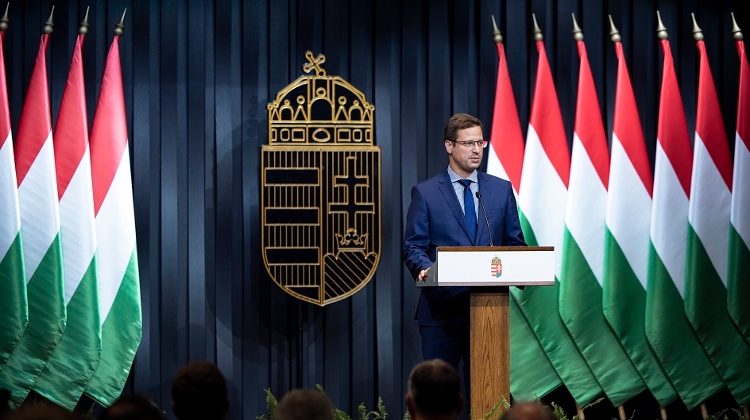 Hungary's government aims to find allies and is never proud to be an outlier in "regrettable" debates in the European Union, the prime minister's chief of staff said. But sometimes combatting Brussels necessary to thwart decisions that don’t take Hungary’s interests into consideration, Gergely Gulyás said in an interview with public media website hirado.hu.

On the topic of energy, he said it was impossible to replace Russian oil imports at this point despite the fact that the Hungarian government had done everything in its power over the last several years to secure alternative energy sources.

Diversifying energy sources has been a constant goal for Hungary since the change of regime over three decades ago, he said.

“While Hungarian post-Communist governments all paid lip service to diversification, we were the ones to do the most … While the country could import gas only from Austria and Ukraine when we came to power in 2010, we now have interconnectors with six of our seven neighbours,” he said.

“The problem is that over the last thirty years Europe has failed to satisfy the demand … for alternative sources of raw materials and energy,” Gulyás said. “Until alternative sources are in place, we’ll be heavily dependent on Russian oil and gas.”

Hungary ‘Did Not Want to Break European Unity’, Say Gulyás

The government understands that the EU cannot turn a blind eye to Russia’s aggression, the prime minister’s chief of staff said in an interview to public media.

Because the government did not want to break the bloc’s unity on its response, Hungary backed the first five sanctions packages against Russia, Gergely Gulyás noted. But when the sixth package was put forward after member states had reached a consensus on rejecting the possibility of an energy embargo at the summit in Versailles, Hungary had no choice but to make it clear that it relies on Russian oil for the security of its energy supply, Gulyás added.

The government, he said, wants the standard of living in Hungary to catch up with that of western Europe. “This has been the goal of Hungarian policies since the change of regime, and we’ve taken big steps towards reaching it in the past decades … We’re still doing everything we can to ensure this continues.”

He said central Europe must keep the competitive advantage it has over western Europe in areas like public security, social peace, its opposition to immigration and the view that parents are right to think that their children could have a better life than they had, Gulyás said.

He noted that Hungary’s GDP is 76% of the EU average, with the country having overtaken Portugal.

“But we have to keep moving forward, and the goal is to reach the EU average in the foreseeable future,” he said. “And if we keep going at the rate we were over the previous government cycle, then — in spite of all the difficulties, the war and the recovery from the pandemic — we’ll have reason to be satisfied with this cycle as well.”

Regarding relations with the Budapest municipality and Mayor Gergely Karácsony, Gulyás said the government respected the rights and autonomy of local governments, as enshrined in the Fundamental Law. The government does not intend to force the municipality’s hand on contentious issues.

Gulyás, at the same time, said the opposition should stop “trying to block agreements between Hungary and the EU at every turn, such as the agreement on the [pandemic] recovery fund and that on the 2021-2027 financial framework.” Those actions “don’t harm the government but rather teachers and doctors, whose wage raises would be financed from the funds.”

Asked about the recently introduced windfall tax on large companies, Gulyás said the current economic climate was determined by recovery from the coronavirus pandemic, which brought about inflation, and the war in Ukraine, which exacerbated it.

War-time inflation has a visible impact on the economy, and “it is as yet impossible to know how far it will go as no one can foretell when the war is going to end”, he said.

“The conservative, balanced economic policy exercised by the Hungarian government is the most effective answer to this,” he said. “We are asking sectors with large profits, where profits often grew during the crisis, to increase their share of the tax burden,” he said.

Thanks to these steps, Hungary will probably not exceed a 4.9% budget deficit in 2022, and hopefully slash it to 3.5% next year, despite the risks in the world economy.

Meanwhile, the government will increase funding for family allowances and protect its utility fee cut scheme, he said.