Israel is an Ally of Hungary, says FM 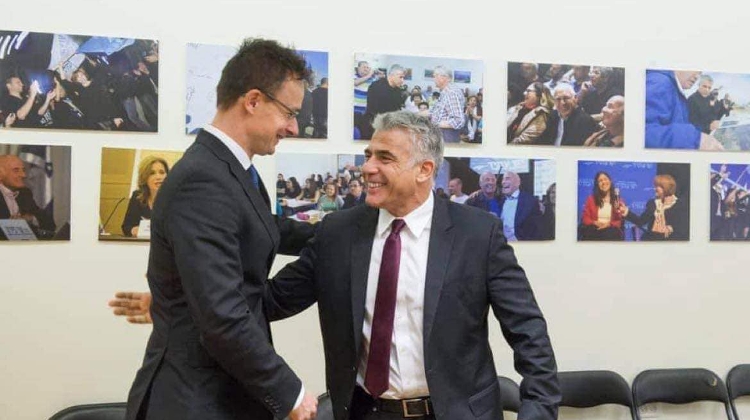 Hungary considers Israel its ally and will “do everything to ensure that our friends at last receive a fair treatment in international organisations”, Foreign Minister Péter Szijjártó said on Facebook after talks by phone with Yair Lapid, his Israeli counterpart, who is expected to become Israel’s next prime minister.

“A closer cooperation between the EU and Israel would be good,” Szijjártó said, adding that the Hungarian government would urge convening the EU’s association council as early as possible.

Hungary is a committed supporter of endeavours for peace and the fight against terrorism, Szijjártó said.

“We are proud that the Hungarian Jewish community is safe and the country has zero tolerance for anti-Semitism,” the minister added.