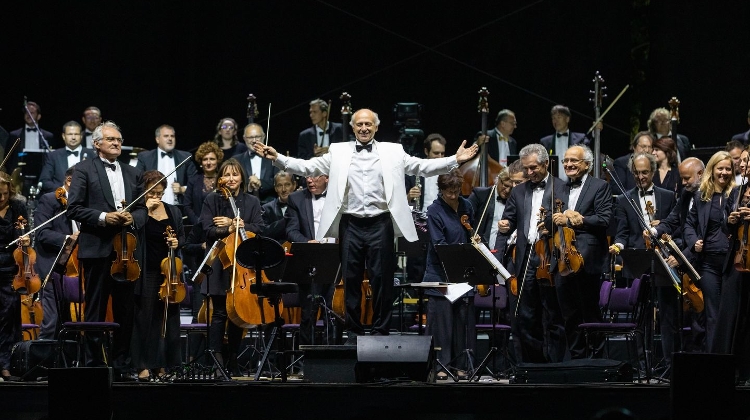 Once again this free summertime concert will be held at this key location in Budapest on June 18, this time featuring a Bach suite followed by the European premiere of a piece by Philip Glass.

The world-renowned ensemble will kick off the evening concert with the perfect overture: Bach’s orchestral suite no. 4 in D major, then the 2006 piece by contemporary American composer Philip Glass.

Known also for his movie scores, Glass in this grandiose oratorio tells the story of the life of Indian yogi Sri Ramakrishna. Iván Fischer will conduct the piece, and will be joined by Hungarian and international singers, as well as the Cantemus Mixed Choir.

“Our open-air concerts, rounding out the season, are a decades-long tradition in the life of the Festival Orchestra and Budapest. This year we are able to return to Heroes’ Square for the performance. Many felt compelled to stay away from the event last year because of the pandemic, but this year, we are looking forward to welcoming the usual crowd of several thousand people.

The uncertainties in the world and the war next door cast a shadow over our June performance, which is why we are promoting Ramakrishna’s teachings through Philip Glass’s oratorio: we should all feel love towards all others. ‘No one is different than the other,’” said Orsolya Erdődy, Managing Director of the BFO.

Eighty-five year-old Philip Glass has visited India several times, and has learned a great deal about the local culture he says.

His oratorio, until now performed only in concert halls in the United States, pays tribute to one of greatest spiritual figures of the country. The yogi promoted the near-identical nature not only of human beings, but also of the great religions.

After learning about the various branches of Hinduism, he spent years practicing Christianity and Islam, in total devotion, without renouncing his own faith.

“It was as if the sleeping giant of Indian culture and spirituality - certainly one of the foremost cultures of the ancient world - had been re-awakened and empowered to take its rightful place in modern times,” the composer wrote of the significance of the holy leader.

The music, based on the English translation of the original gospel telling his story, is made up of dialogues and tells the story of the yogi’s final months.

The piece features the yogi’s wife, Sarada Devi (soprano), his disciple M (real-life name: Mahendranath Gupta; bass-baritone) and his physician, Dr. Sarkar (bass); Ramakrishna himself is personified by an entire mixed choir. In the oratorio, Glass uses the orchestral sections as though they were divisions on an organ.

His motifs exude the monotonous calm of the East in some places, while reacting in other places sensitively to the text, be it about hurricanes or leaves dancing in a breeze.

As one member of the choir at the world premiere of the piece put it, “This is a deeply spiritual piece and one which, I hope, will find its audience in classical music repertoire in the long term.”

The cast of the oratorio will include the Korean artist Sung-Hwan Damien Parkot (baritone), Maria Stella Maurizi (soprano) from Italy, as well as Szilárd Szilágyi (tenor), Ildikó Földesi (soprano) and Péter Magyar (countertenor).