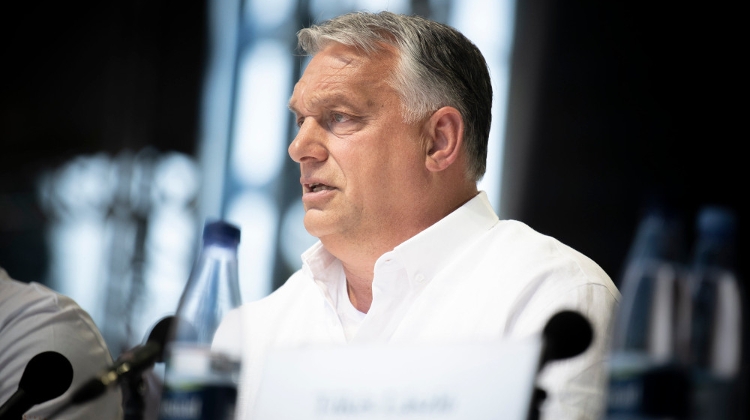 Prime Minister Orbán’s comments on race in his speech on Saturday were made in the context of his opposition to mass immigration from outside Europe. Nevertheless, Jewish leaders and authors in Hungary found his words disturbing. One added, however, that Hungary is a safe country for Jewish people.

The chairman of the largest Jewish organisation requested an audience with the Prime Minister, after the latter’s remarks that Hungarians are not a mixed race and do not intend to become one.

Explaining his initiative, András Heisler, Chairman of the Alliance of Hungarian Jewish Faith Communities (MAZSIHISZ) told Klubrádió that the Jewish community was troubled by the Prime Minister’s words. He admitted that relations between the government and the Jewish community had multiple positive elements and said these should not be spoiled by comments on race theory.

The Prime Minister was also mildly criticised by the leader of a rival Jewish community. In an interview with Neokohn, Shlomo Köves, the chief rabbi of the Unified Hungarian Jewish Congregation (EMIH, an affiliate of the US based Chabad-Lubavitch movement) said he could accept the Prime Minister’s view that the Judaeo-Christian heritage is losing ground in the developed world but found his use of the word ‘race’ unfortunate.

On Mandiner, Péter Weisz, Chairman of the conservative István Barankovics Israelite Workshop warns against attaching ‘exaggerated importance to words’. Instead, he asks the Prime Minister’s critics to ‘consider the facts’, namely that unlike many cities throughout Europe, Jewish people are safe in Budapest, which is, to a large extent, he suggests, due to the government’s policy of zero tolerance towards anti-Semitism and its opposition to mass illegal immigration.