Hungary Has Taken in 840,000 Refugees from Ukraine So Far 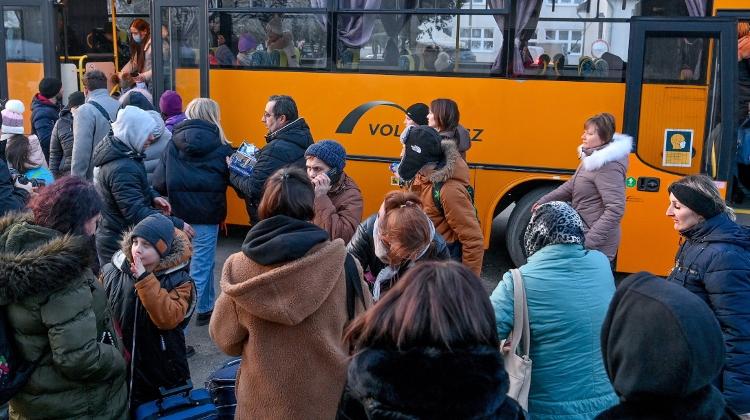 Children are the ones who lose the most because of the war in Ukraine, Foreign Minister Péter Szijjártó said in New York on Tuesday, adding that though Hungary was doing everything it could to “ease the pain” of Ukrainian children, the real solution would be peace.

Hungary has taken in some 840,000 refugees from Ukraine since the outbreak of the war 146 days ago, the foreign ministry cited Szijjártó as saying ahead of a United Nations Security Council debate on “Children and Armed Conflict”.

Because of conscription rules in force in Ukraine, most of those coming to Hungary are families that have been torn apart, mothers and children, Szijjártó said.

Hungary is doing everything it can to ease the pain of the children suffering from the war, the minister said, noting that Ukrainian parents who choose to stay in the country for a longer period are offered jobs, while their children are provided schooling and health care.

The government has also ensured special medical treatment for 130 children, and has offered scholarships to 1,000 Ukrainian students to study at Hungarian higher education institutions, Szijjártó said.

He underscored at the same time that the only real solution would be peace. “Peace is the only solution and peace is the solution to everything,” Szijjártó said.

“And peace is also the solution to ending the suffering of children so that families can be reunited and no more children will be forced to flee,” he added.