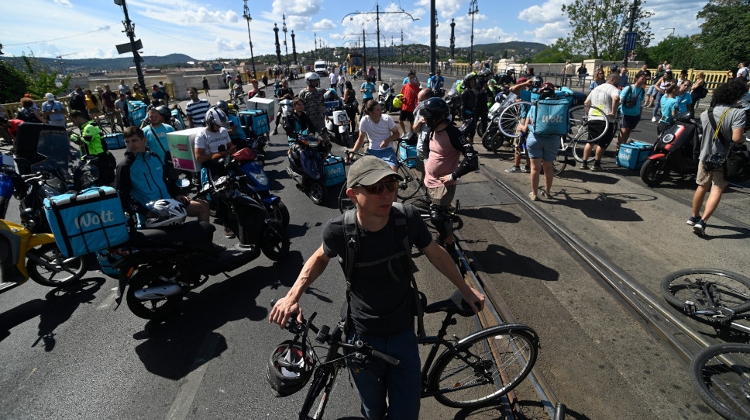 The few hundred protesters blocked almost the whole width of Margaret Bridge, leaving just one lane open in the direction of the Pest side. Budapest’s public transport company BKK said the demonstration briefly impeded public transport in the area on Monday.

From Margaret Bridge, the protesters marched to Kossuth Lajos Square, some of them carrying a casket with the word “democracy” on it, which they placed in front of Parliament.

Several of the protesters addressed the crowd, calling for “European wages” and emphasising that the government’s duty was to aid the people during an economic crisis.

Following the official end of the demonstration shortly after 9pm, a group of protesters made their way to Nyugati Square where they blocked traffic. When the protesters got to Oktogon, they were instructed by police to move to the sidewalk.