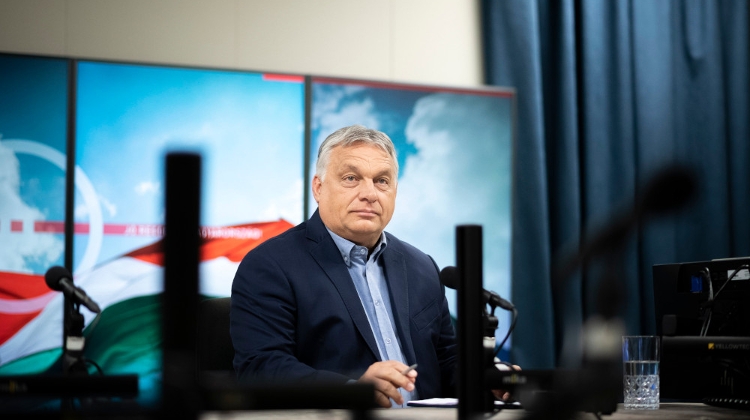 However, companies have been using the tax to force their employees to work as sole proprietors through kata, he said.

Of some 450,000 kata taxpayers, some 300,000 now invoice companies, “mostly just one company, which is basically a hidden contract,” he said. “Now that there is a war and we need to employ wartime logic, this cannot go on,” he said.

On another topic, Orbán said the correct response to a war situation was cooperation rather than political profiteering, asking people affected by changes to kata and households paying capped utility fees to understand recent government decisions affecting them.

The leftist opposition have proven during the election campaign that they could not be trusted with leading the country, “much less in warlike conditions”, Orbán said.

They “have been sitting idly by” since suffering that defeat, then tried to “ride the waves” as soon as the first unpopular measures were introduced, he said.

Orbán said the leftist opposition was likely to continue with those tactics, using future “measures that can be questioned or debated” to whip up a negative atmosphere for political gain.

He added that this was a very bad policy because in a war situation, the only solution is to join forces. He asked kata taxpayers and households to “understand what’s happening” and help the government to maintain an operational country, people’s living standards, jobs and to protect pensions.

He also said that military developments must be accelerated by two or three times. He added that he will sign decrees in the next few days that give extra resources to the army.

“We have a problem at the southern border”, he said, adding that “the situation is getting increasingly hard”. Under the current circumstances, “it would be a luxury” to use soldiers for border protection and police are unable to cope on their own, with many police already transferred to the borders from other parts of the country, Orbán said.

A decree on setting up “border hunter” units could be signed as soon as this afternoon, he added.

Several hundred protesters against a new law on the kata small business tax blocked Erzsébet bridge on the Pest side of the capital early in the evening on Thursday.

The protest had been organised by the satirical non-parliamentary Two Tailed Dog Party (MKKP). A trailer has been placed on the inner lanes of the bridge and tables and benches have been set up next to it.

Speakers addressed the protesters, talking about the negative consequences they felt as a result of changes approved by parliament on Tuesday to the kata small business tax.

Péter Márki-Zay, the former prime ministerial candidate of the united opposition, told the protesters that the government had needed 100 days to prove that “all of their campaign promises were lies”.

The protest which started at 5.30pm was peaceful at 9pm, with police checking the IDs of some people who had sprayed graffiti on the pavement.

Police said on their website that the protesters had occupied all lanes of the bridge and traffic would be diverted on both sides of the bridge, including several bus services.