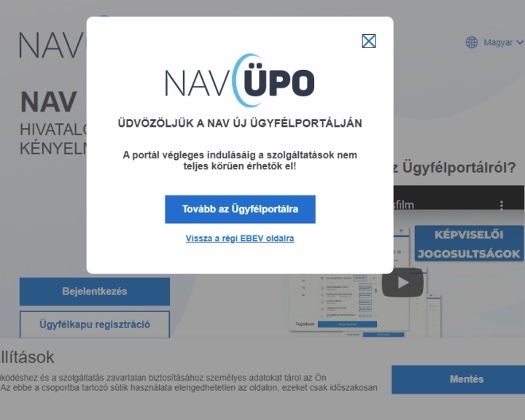 The NAV has launched its new client platform, UPO, for online administration, which will gradually replace its existing eBEV system, the tax authority announced on Wednesday.

The UPO works with Windows, Android and iOS operating systems, as well as with Edge, Firefox, Opera, Chrome and Safari browsers.

It is also optimised for mobile devices, and its entire content is available in English.

Upon logging in, the user immediately sees his or her data registered by the NAV, and the net balance of her or his tax account.