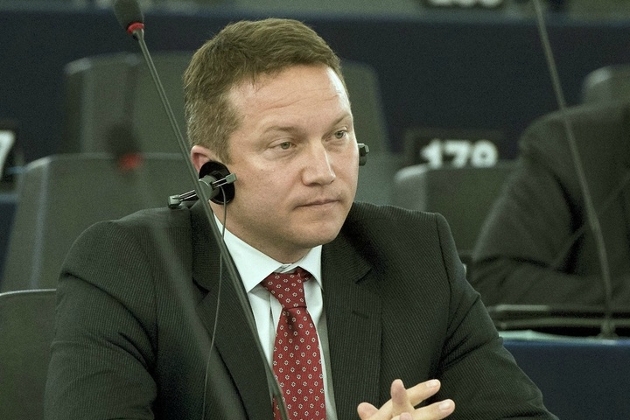 Opposition parties on Wednesday slammed the government’s decision to restrict the utility price protection scheme and change the itemised tax for small businesses (kata), saying the measures spelled austerity and tax raises for millions of people.

Socialist MEP István Ujhelyi - pictured above - told an online press conference that while most European governments tried to “approach the crisis from the left”, preparing to protect small businesses, families and the most vulnerable, “Hungary’s government is applying austerity, restrictions and exploiting millions of people.”

Although Hungary “cannot survive the crisis” without European Union funding, the Hungarian parliament adopted a “pointless and appalling” resolution on Tuesday, attacking EU cooperation, institutions and the EP, Ujhelyi said, referring to a parliamentary resolution on the future of the EU.

Rather, the government should work to agree with the EU, he said. Noting that price caps have been introduced before the war started in Ukraine in February, Ujhelyi said it was “a lie to blame the war for all the troubles”.

The Socialists earlier proposed a “secure livelihood package” which included “taxation of Fidesz oligarchs”, extending the price caps to further basic products and introducing food vouchers for the needy, he said.

Balázs Barkóczi, the spokesman of the Democratic Coalition, told a separate press conference that the government was preparing to hike the price of energy bills that exceed average energy consumption by a rate that surpassed market prices.

“The government has hoodwinked people; they are taking all the steps they laid at the door of left-wing politicians before the election,” he said. János Lantos of the radical Mi Hazánk (Our Homeland) party said that since Hungarian wages had been trailing those in other European countries for decades, “workers will barely earn enough to cover household utility bills” after the restrictions.

“Meanwhile, the government is serving capitalist plutocracy…” he said. Mi Hazánk, he added, would tax “global multinationals and the government’s oligarchs,” he said. If the government fails to change its policy by August 1, Mi Hazánk will launch demonstrations nationwide, he said.

Meanwhile, Koloman Brenner of Jobbik slammed President Katalin Novák for signing the law on changes to the law on kata, saying the law “threatened the livelihoods of 450,000 people”.

By signing the law despite the widespread protests and how swiftly it was fast-tracked through parliament, the president failed to fulfil her duty as a symbol of national unity, he said.