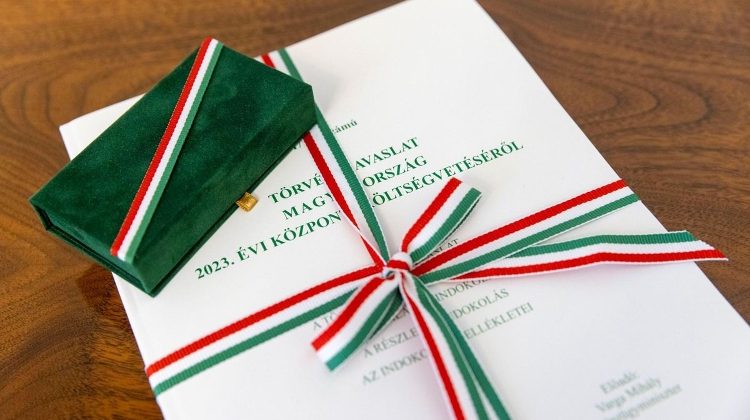 Hungary's parliament passed into law the government's budget for 2023 in a final vote on Tuesday, with 135 votes in favour and 54 votes against.

The public debt is seen falling to 73.8% of GDP by the end of next year. The budget also contains a fund with 670 billion forints to preserve the utility price caps and an 842 billion forint defence fund.

The two funds will be financed from windfall taxes on sectors making excessive profits in recent years.

The opposition Socialist Party criticised the government’s 2023 budget passed by lawmakers on Tuesday, calling it “a budget of uncertainty and pillage”.

Bertalan Tóth, the party’s co-leader, told a press conference that the last three months had proved that ruling Fidesz “has deceived its voters”.

The Socialists had submitted multiple amendment proposals to the draft budget, he said, noting that his party has called for more funding for health care and higher wages for hospital workers and teachers.

The Socialist parliamentary group had also pushed to exempt local councils from having to pay market utility prices and called for pension increases, he added. Since Fidesz rejected these proposals, the Socialists did not support with their votes next year’s budget which Tóth said would threaten the livelihoods of millions.

Zoltán Vajda, the (Socialist) head of parliament’s budgetary committee, said the budget contained “dire austerity measures”, arguing that the taxes on excessive profits would be passed on to customers, the changes to the itemised tax for small businesses (kata) were actually a tax increase, and the caps on household utility bills “have basically been gutted”. He said the 5.2% inflation rate, the 4% GDP growth rate and the euro exchange rate of 375-377 forints per euro envisaged in the budget were “already unrealistic”.

Opposition LMP slammed the draft budget, saying it favoured multinational corporations and failed to address the “towering problems” of the energy and food crises, inflation and the climate crisis.

Deputy group leader Antal Csárdi told a press conference ahead of the vote on the budget in parliament that low earners and middle-class citizens would suffer most under the 2023 budget.

Noting over 100 amendment proposals of LMP had been “swept unread off the table”, Csárdi said LMP wanted to raise the taxes of “tax-avoiding multinationals”.

The draft budget calculates with 7,100 billion forints (EUR 17.7bn) in VAT revenues and 4,000 billion in PIT revenues, but only 800 billion in corporate taxes, he said.

The ruling parties have also failed to support LMP’s proposal of an inflation-linked raise for public employees and a raise for teachers, he said.