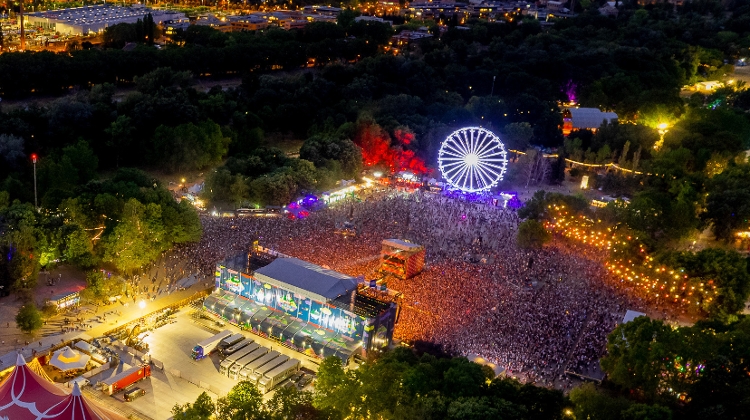 An estimated 450,000 attended this year’s Sziget Festival, with the event drawing a sell-out crowd on its opening day and near-capacity crowds on two other days, the festival’s main organiser said on Monday.

Speaking to MTI on the closing day of the festival, Tamás Kádár said daily average attendance this year had been higher than in 2019, when the event was seven days long and drew a total of 530,000 people.

The festival was cancelled in 2020 and 2021 due to the coronavirus pandemic. Concerning this year’s headliners, Kádár praised British pop star Dua Lipa’s opening-night concert.

“Dua Lipa’s show was perfectly planned down to last tenth of a second,” he said.

However, he said the other headliner, Canadian pop singer Justin Bieber, had “received some unfavourable reactions”, while others had found his show to be “the experience of a lifetime”.

Kádár said Sziget’s owners had aimed for the festival to make a successful comeback after the hiatus. “I think this goal was met,” he said.

He welcomed the changes introduced this such as the new entry process and the expansion of the area around the main stage. But Kádár said the labour shortage in the music industry, inflation and the weaker forint had all made the planning of the event more challenging.

At the same time, Sziget benefitted from many western European festivalgoers buying six-day passes this year instead of three-day ones as a result of growing demand for music festivals in Europe following the pandemic restrictions, he said.