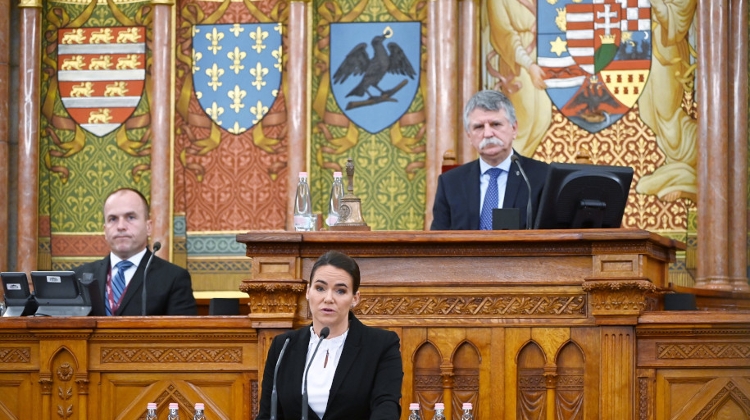 The Golden Bull, issued by King Andrew II in 1222, was a milestone in the development of Hungary’s statehood, President Katalin Novák said in her address to a commemorative conference held in Parliament on Thursday.

The Golden Bull came to be “a benchmark for constitutional development … and a source of confirmation and self-esteem for today’s Hungarians”, the president said.

The historic edict “reinforces the conviction that we are worthy of our forefathers’ legacy and of respect by others; it is a reminder that we are not just suffering subjects to but makers of Europe’s history”, she said.

The document also reflects on the age in which it was adopted as it shows that “in its first centuries, the Hungarian state worked along the same lines as other countries in a Christian Europe; it in fact came before many other countries in terms of legal developments, principles of freedom and political innovation”, the president said.

“Rights and obligations, freedom and its limits can only work together as freedom could only be effective within the boundaries protecting it,” Novák said.

Speaker of Parliament László Kövér said even though a hard copy of the bull did not exist, “we have discovered its spirit; it is there in Hungarians’ love of freedom, it is now a part of the DNA of the nation’s constitutional self-identity”.

He said the Golden Bull had “answered the great and eternal questions of freedom in its own age” and in the past 50 years it had become “an unavoidable reference in discussions about the law and the constitution for politicians, lawyers and historians alike”.